Plant a tree in memory of Craig
An environmentally-friendly option 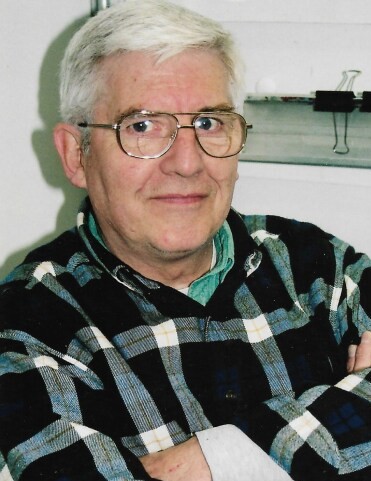 Craig was born on April 24, 1947 in Duluth, MN to Melvin and Ione (Tepfer) Lund. After spending his childhood growing up on a dairy farm in New Richmond, WI, the family relocated to Aurora, MN. Craig graduated from Aurora Highschool and the University of Wisconsin Superior with a bachelor’s degree of Fine Arts. Craig found himself a part of many local industries in his vast work history, including 9 years he spent as a commercial fisherman in Alaska.

An amazing and talented lifelong artist, Craig’s work has been presented in galleries across the US for the last 40 years. He was a beloved resident of the North East Minneapolis Art District for 25 years with a personal studio in the California building. In August of 2008, Craig had the honor of being a presenter at the 20th Biennial Congress of International Association of Empirical Aesthetics in Chicago following a 15-year study he led on the creation of art related to neuro-aesthetics. His treasured artwork continues to be on display in galleries, including the Judy Garland Museum in Grand Rapids.

Craig enjoyed his retirement playing folk and classical music as a natural musician of many instruments and continuing to create art. He was an avid fan of the sporting events of his grandchildren and often cheered on the MN Twins with Patrice. Some of Craig’s favorite times were spent traveling with his wife, Patrice Webster, to Paris, France where he was able to see the world of art history that he had studied throughout his life. Craig was loved and will truly be missed by all those who knew him.

Craig is survived by his children Rick Lund of Eveleth, MN; Kym (Scott) Freden Teebo of Edina, MN; Kris Lund of Carver, MN; Kate (Jason) Lund Radinger of Nashville, TN; Grandchildren Gabe and Chloe Lund, Hannah (Alex) Zingale and Madison Freden, Andrew and Clara Lund, Haleigh and Alaina Ferretti, and Drew Hagmann. Brother, Ronn (Carole) Lund and nephew Trevor (Ronda) Lund of Anchorage, AK. He was preceded in death by his beloved wife, Patrice Webster in 2017. He will be laid to rest at Tamarack Cemetery in Arcadia, WI. In lieu of gifts, the family has requested that a memorial donation be made in his name to the Patrice L. Webster Scholarship for Learning Abroad which helps to fund travel to France for the U of M students majoring in French studies but lacking the resources to travel internationally. A place he and Patrice loved.

All donations are tax-deductible and can be made online at: give.umn.edu/giveto/PatriceWebster

Plant a tree in memory of Craig by clicking here.
To send flowers to Craig's family, please visit our floral store.

A service summary is not available

Plant a tree in memory of Craig
An environmentally-friendly option

Plant a tree in memory of Craig

1 tree planted in memory of Craig

I spent lots of time talking with Craig in his California Building studio. He talked extensively about researching neurology and vision and emailed and received responses from many researchers here and abroad. He was detailed to the nth degree in his artwork. Such detail with a waxy litho crayon!! He had a seeker and discoverer brain.

Craig was a great thinker, artist, and musician. He will be terribly missed.

I’m Patrice Webster’s sister. Craig was family for a number of years and I knew him to be a unique and gentle soul. Art was his passion and gift to the world. He also loved to have people over to their house where he would grill delicious food and end the evening playing either his mandolin or accordion along with family and friends on other instruments, all singing folk and blue grass music. He was generous with his knowledge and enthusiasm for art and humble about his own extraordinary talent. He left the world a little more beautiful with his art.

A Memorial Tree was planted for Craig Arlen Lund

Plant a tree in memory of Craig