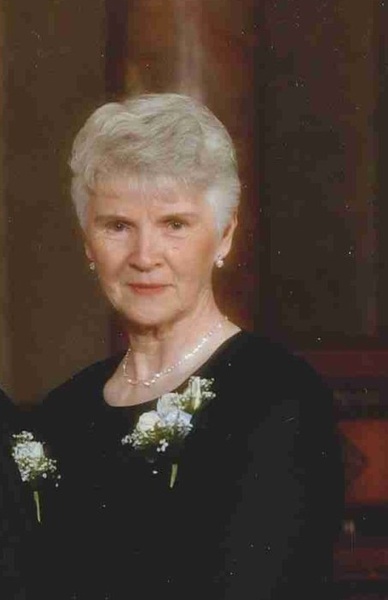 Z. Marie McCarthy, 85, of Duluth, MN, went home to our Savior on Sunday, December 23, 2018 at Chris Jensen Health & Rehabilitation Center.  She was born Zelda Marie Peterson on November 25, 1933 at Forest Lake Hospital, Forest Lake, MN, the daughter of Russell E.  and Loraine (Daninger) Peterson of Lindstrom, MN.  Her youth was spent in Lindstrom and as a junior in high school she moved to St. Paul, MN where she worked as a nanny for Dr. and Mrs. Walkler.  She graduated from Hill Murray High School, then later from the University of MN with a degree in education.  She met John “Jack” McCarthy and got married Z. Marie McCarthy, 85, of Duluth, MN, went home to our Savior on December 29, 1956 at Little Flower Church in St. Paul.  As a family they lived in St. Paul, then moved to Sheboygan, WI and finally settled in Duluth, MN, where they continued to raise their family.  Marie began teaching 5th grade at St. John’s School in Woodland and after a short time became principle while continuing teaching 5th grade.  As a teacher, she worked long hours to promote a faith based Catholic education and served on many boards and committees during her tenure.  She was asked to take part in the Bush Program, a MN Education program that selects top educators from around the state to work together to improve education for all.  Marie’s passion was working with kids in a Christian environment led by her strong and unending faith in God.  She finally retired after 33 years as an educator in 1999.  Upon retirement she enjoyed time with family, long walks, working in her gardens and fishing trips to Canada.  Marie was preceded in death by her husband John “Jack”, her parents Russel Peterson and Loraine (Daninger/Peterson) Ives, brothers Gary and Bernard Peterson, daughter Terese Port, son Timothy McCarthy, and brothers-in-law Jean and Joseph McCarthy.  She is survived by her sister Lila (Russell) Johnson; daughter Laurie (Mark) Mincher; sons Michael and Brian (Cheryl) McCarthy; grandchildren: Heather Ortega, Noela Estrada, Benjamin and Jonathon Port, and Jacob McCarthy; step-granddaughter Brittaney Letourneau; and great grandchildren:  Nora and Colin Port, Eternity McMahon, Isa Wood and Sierra Letourneau; sisters-in-law Joanne and Norma McCarthy; son-in-law Howie Port; as well as several nephews and nieces.  VISITATION:  Wednesday, January 2, 2019 from 10 AM until the 11 AM Mass of Christian Burial at St. John’s Catholic Church, 4230 St. John’s Ave.  Interment will be at forest Hill Cemetery.  If so desired, memorials may be directed to St. John’s Catholic School, 1 West Chisholm St., Duluth, MN. 55803.  Arrangements by Dougherty Funeral Home, Duluth, 218-727-3555.

To send flowers to the family in memory of Z McCarthy, please visit our flower store.