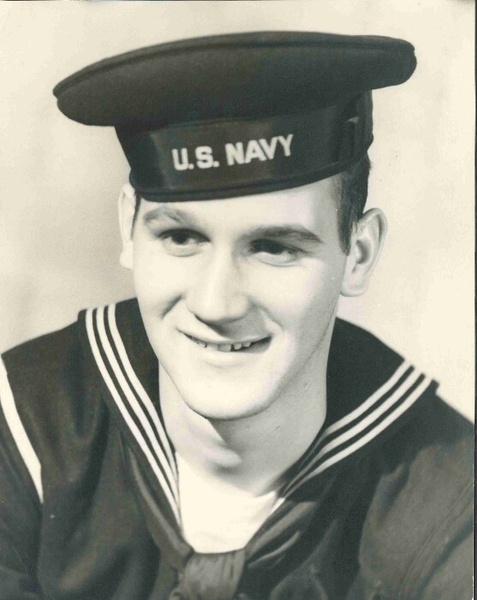 Xavier F Mattei “X” went to be with his beloved wife Janet, July 7th, 2020 in Duluth, MN. X was born as the baby of 6 children to Pierre (Frank) and Marguerite Mattei, in Eveleth MN, August 11, 1925. He was greatly proud of being 100% Corsican; His folks emigrated from the Mediterranean Island of Corsica. And wow... Was he ever fond of being an Iron Ranger! He had many tales of life growing up in Eveleth, and just how much fun he had. Living near the tennis courts, he developed a big interest in the sport, & went on to nearly make it to Nationals as a 12 year old. He was proud to have won the city title a few times and was also on the all Iron Range Conf. Football Team as a Sr. End in fall ‘42. X was drafted into the Navy that summer of ‘43, earning a Purple Heart in the battle of Okinawa, as 6 kamikaze planes ended up slamming into his ship, (Destroyer, USS Aaron Ward DM34) in May of ‘45. He always felt fortunate to have made it, but felt terrible for his fallen, & badly injured crewmates, that weren’t so lucky. After the ordeal in a letter home he stated; “Now I know what war is like, and I hope to never see it again”. Following the war he attended Eveleth Jr. College, then Stout of Menomonie WI, on the GI Bill. There the most important factor of his life occurred. Meeting the love of his life Janet, was truly his biggest accomplishment of all. He earned a degree in Industrial Arts, then later on added a coaching certificate, and Masters elsewhere. Dad taught in the St Louis Co. school system, for many years and ended up at Duluth’s Woodland Jr. until his retirement in ‘85. In the 50’s he actually coached all of the sports at The Alborn HS...including the oddity of 6 man football. Love of the outdoors, was always big in his life. From camping trips, grouse hunting, to a lifetime of fishing; (especially spearing Northerns from his comfy dark house.) His retirement yrs, were spent with far too many activities to list! We’ll all miss his easy smile, & kind demeanor, & stating Thank You for everything. X had a most excellent, full run at life! Many thanks to the amazingly compassionate caregivers/support staff at Keystone Bluffs, St Lukes Hospice; and special Range pal Dr. David Mast, for his personal touch. Preceded in passing, by his wife Janet in 2006, and all of his siblings. Survived by Daughter; Julie (Gene) Johnson, Sons; John (Nora), and Tom; 3 sisters- in- law, several nieces/nephews, and 5 Grand Dogs. Services pending for a later date.  Arrangements by Dougherty funeral Home, Duluth, 218-727-3555.

To send flowers to the family in memory of Xavier Mattei, please visit our flower store.