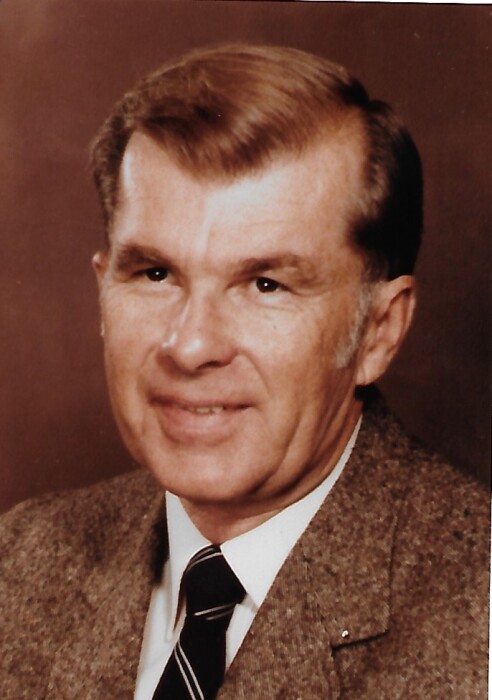 William H. “Bill” McLean (92) passed away peacefully with loved ones by his side after a battle with Parkinson’s Disease on May 4, 2020, at Nielson Place in Bemidji, MN. Bill was born on October 15, 1927 in Duluth, MN, to Arthur and Mildred (Huseby) McLean.

Bill had an interesting childhood full of travels. He spent time with his parents on ore boats, which his father captained on the Great Lakes. Despite growing up during the Great Depression, he had a happy childhood. He talked of snaring rabbits and carrying a pocketknife to school in a pocket in his winter boots. Bill left the Denfeld High School class of 1945 to serve in the US Navy during WW2. He was fortunate to not have to see combat and was stationed in Oahu, Hawaii for a year. He married Jane Winks on September 10, 1948. In 1950 he graduated from UMD and worked in property management in Minneapolis before beginning his career with the FBI in 1952.

Bill was first assigned to the FBI’s Cincinnati Division and was transferred to the Chicago Division in 1954, where he worked tracking down federal fugitives and investigating bank robberies, kidnapping, extortion, and theft from interstate shipments – then transferred to the Grand Forks, ND Resident Agency in 1967. At Grand Forks he worked a large variety of criminal cases. Bill re-opened the Bemidji Resident Agency in 1969, and as senior resident agent there, was responsible for the FBI’s jurisdiction on the Red Lake Indian Reservation and 15 Minnesota counties until his retirement from the FBI in 1978. During his career he participated in many major cases and received numerous commendations. His duties included 15 years as an FBI firearms instructor. During his career with the FBI, Bill’s family knew him as a quiet man. He was sworn to secrecy and was a devoted public servant to the FBI. After retirement from the FBI, Bill conducted investigations concerning a variety of cases on a contract basis, as a private investigator and security consultant until 1994.

After Bill fully retired, he and Jane spent a few years at Turtle River Lake near Bemidji, where their children and grandchildren enjoyed time with them. They then moved back to Duluth where they enjoyed Lake Superior from their apartment on Park Point before moving to Gramercy Duluth Cooperative. In 2016, Bill and Jane moved to WoodsEdge in Bemidji to be closer to family. Bill was a gentleman in the truest sense of the word. Bill always believed and modeled that “old fashioned self-discipline, honesty, respect for others, and being a goal oriented good worker never go out of style.” (his words)

Bill’s last church membership was at Christ Lutheran Church of Duluth. Bill was a current member of the Society of Former Special Agents of the FBI, an associate member of The FBI Agents Association and West Duluth American Legion Post, and a life member of VFW Post 137. Bill was a past member of the Bemidji Lions Club and the Gitche Gumee Kiwanis Club of Duluth. His past activities and hobbies included volunteer work for the Salvation Army, photography, skiing, genealogy, camping, fishing, hunting, reading, listening to music, reciting Robert Service poetry, traveling to see family and friends, bowling, and “fixing things.”

Bill was preceded in death by his parents; stepmother, Geneva McLean; and sister and brother-in-law, Gloria and Tom Masters.

Bill is survived by his wife Jane; daughter Susan Carstens (John) of Roseau; sons Steve, Scott (Saundra) of Bemidji and Bruce (Lori Velasquez) of Mendota Heights; grandchildren: Sam Carstens, Anna Mensing, Ben, Matthew, Alanna, Jessica, and Nicole McLean; 7 great grandchildren; brother, Dick (Lorna) McLean (Duluth); as well as other valued family and friends. Bill will be greatly missed and never forgotten in the hearts of all who knew and loved him.

The family would like to thank Neilson Place for their loving care and Sanford Hospice for making his last days as comfortable as possible.

Due to the current Corona Virus Pandemic, Bill’s family will be having a private memorial service on May 13 in Duluth with burial at Forest Hill Cemetery.

To send flowers to the family in memory of William H. "Bill" McLean, please visit our flower store.