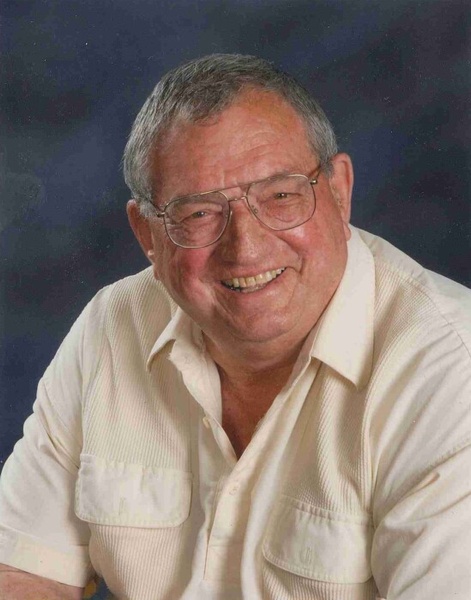 Bill attended Duluth East High School, but fate and friends brought him to meet Barbara Peterson, a gal from Duluth Central.  They married in 1956 and started a beautiful life at the end of East Superior Street. For over thirty years he worked as a Transmission Line Construction Engineer for  Minnesota Power.  His strong work ethic went well beyond his job, instilling this value in all of his children.

After retirement, Bill spent time enjoying the Wednesday coffee hours at Portman with the other retirees.  He was also a longtime member of the Lakeside Order of the Masonic Lodge.  While he and Barb travelled some, he preferred being at home with his family, whether it be at their cabin on Bergen Lake or at their kitchen table.

Bill was a 4th generation member of Peace United Church of Christ. He was incredibly proud of the Kehtel family’s ties to Peace Church. He served on the Historical Committee for decades and spoke with many confirmation classes about the founding of the church.

You could often hear Bill before you saw him.  He had a booming voice that carried well.  He was well-versed in the long Minnesotan goodbye, asking you at least 15 questions as you hit the back steps to leave.

Bill will best be remembered for his trademark chocolate chip cookies. Every family member received a box full of the special cookies as a birthday gift. Even though his recipe remains, the cookies will not be the same without him.

His bride of 56 years preceded him in death. Bill is survived by his four children and their families: Linda (Mike) Lundberg, Sandra (Bill) Moen, Brian (Raquel Tahtinen) Kehtel, and Susan (Amy Galarowicz) Kehtel.  His love will also be missed by his eight grandchildren and four great-grandchildren.

To send flowers to the family in memory of William Kehtel, please visit our flower store.