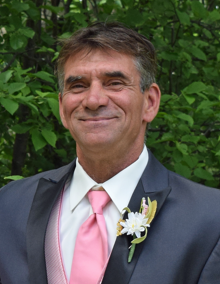 Wayne A. “Buck” Hirdler, 53, of Esko, passed away on Tuesday January 14, 2020 in St. Mary’s Hospital, Rochester, MN, from complications of Pancreatic Cancer.  He was born in Bemidji, MN on January 27, 1966 to Arthur and Carol Hirdler.  Buck graduated from Cloquet High School.  He enjoyed hunting, fishing, watching football, working on cars, time spent with his family and especially his grandchildren.  Buck was very handy and could accomplish anything he set out to do, climbing trees and tree removal were his expertise, he was always there to help and enjoyed helping people.   He will be greatly missed!

He was preceded in death by his parents, brothers Danny and Mark, and a brother-in-law Jay Jakubek.

To send flowers to the family in memory of Wayne Hirdler, please visit our flower store.