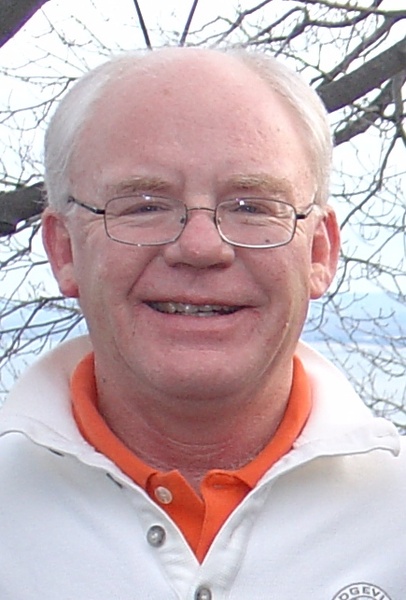 Wayne E. Brandt, born in Minneapolis, Minn., on Oct. 1, 1957, died in Duluth on Sept. 12, 2019, just ahead of his 62nd birthday, after a brave battle against pancreatic cancer.  The son of Henry and Paula Brandt, Wayne was a star athlete for Willmar High School’s baseball, track and football teams. He often joked that he still held the school’s 100-yard dash record, because shortly after he set it, the state high school league began measuring distances in meters instead of yards. For several years after high school, Wayne played town team baseball for Willmar in the Pomme de Terre League. Wayne was also an Eagle Scout.  Wayne moved to Duluth to attend UMD, finishing in 3 years and graduating in 1979.  Wayne and his former wife, Jan Hille, raised two daughters, Alice and Eleanor. He was a devoted dad, coaching many a sports team and sharing his love of baseball, reading, and snacks. Wayne was very proud of his daughters’ kindness and ambition and was happy to see the fine women they have become.  Wayne’s storied career was a mix of politics and advocacy, beginning as a campaign aide for Rep. Jim Oberstar. Wayne also worked on Walter Mondale’s 1984 presidential campaign and the 1988 presidential campaign of Michael Dukakis.  Wayne's career also included positions with the Seafarers International Union and for the Iron Mining Association of Minnesota. But what he was most known for was serving nearly 30 years as executive vice president of Minnesota Forest Industries and the Minnesota Timber Producers Association, advocating for the forest products industry in St. Paul and Washington, D.C.

Wayne served on many forest-related boards and committees, including the Minnesota Forest Resources Council, to which he was appointed by Gov. Arne Carlson.  Wayne’s work ethic and memory were legendary, traits he said he learned from his father, even though he died when Wayne was 16. Wayne loved U.S. history, especially related to government. He had a John F. Kennedy campaign poster in his office, and visited capitol buildings in more than 40 states, working in a visit anytime he was close. One building was closed for the weekend when he arrived, so Wayne touched its exterior and counted it as a visit.  In recent years, Wayne and his wife, Catherine, divided time between their homes in Duluth and Sun Lakes, Ariz., frequently traveling back to Minnesota for work and to visit family and friends. Wayne served as president of his Duluth homeowners’ association, Maple Crest. He maintained strong friendships, including with the Willmar Boys and the Safety Committee.  Wayne was a fan of nearly all sports teams, especially the Minnesota Twins and Minnesota Gopher football, basketball and baseball teams. Not Gopher hockey, though; he was a UMD men’s season ticket holder for several years. Wayne was a member of First Lutheran Church and Ridgeview Country Club, and was a former member of the Spirit Mountain board of directors.  He was preceded in death by his father, Henry.  Wayne is survived by his mother, Paula; his devoted wife, Catherine; daughters Alice Brandt and Eleanor Brandt (Tres Commer); stepchildren John (Amelia) Babick and Mary Babick (Mike Mostrom); grandchild Misha Mostrom; and brothers George (Roslyn) Brandt and Paul (Terri) Brandt.

To send flowers to the family in memory of Wayne Brandt, please visit our flower store.