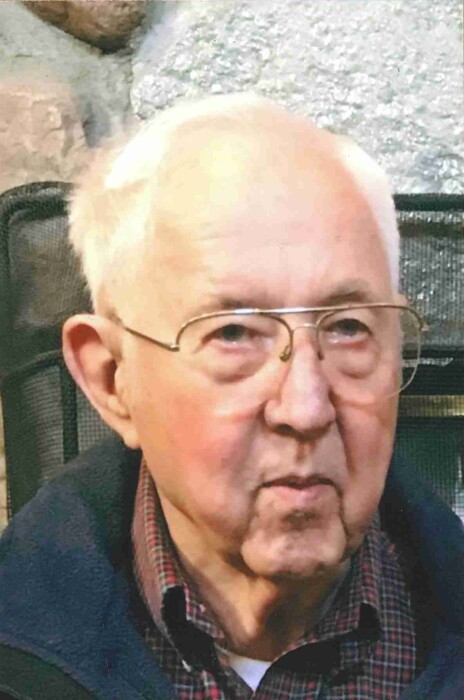 Vinson “Vince” Lundberg, 87, of Duluth, erased the blackboard for the last time on Wednesday June 23, 2021.  He was born on March 10, 1934, on the family homestead in Gheen, MN to Erik and Ellen Lundberg.  Vince graduated from Orr High School, UMD with a Geology Degree, Moorhead State with a Teaching Certificate, and he received his Master’s in Education from UWS.  He had prospected for the Atlantic Refinery in the oil fields before he began teaching Chemistry at Duluth Central High School retiring in 1993.  He was proud to be a teacher, and he was proud of his students.   Vince belonged to a ski club, the Duluth Curling Club, and was a lifetime member of the Duluth Elks Lodge.  He enjoyed downhill skiing until the age of 83, curling, fishing on Pelican Lake, grouse hunting, traveling to Las Vegas, Laughlin, Sweden, and Europe.  His favorite place in the world to be was in front of the garage on the family farm in Gheen, MN with a cigar in one hand and a drink in the other watching the trees grow.  Vince was a people person, and he was never without a friend.

He was preceded in death by his parents, brothers Herbert and Lennart, and a sister-in-law Becky.

To order memorial trees or send flowers to the family in memory of Vinson Lundberg, please visit our flower store.