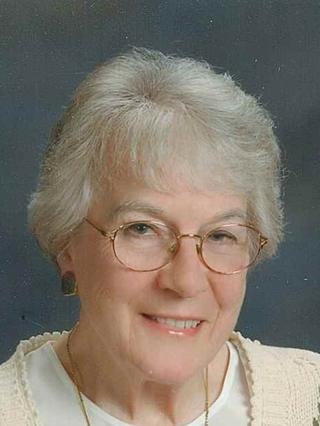 Vernice Cecelia (Karlinski) Brophy, 92, passed away peacefully, after a long and richly lived life, on Friday, January 17, 2020 while living at Bayshore Health Center. Vernice was born on June 22, 1927 to Nick and Frances (Bartylla) Karlinski in Duluth. She grew up in Gary/New Duluth, graduating from Morgan Park High School in 1945. She married her high school sweet heart, Bob Brophy, on October 28, 1950. Bob and Vernice shared a good life, raising their three children in the home they had built in Morgan Park. We all have fond memories of the cabin they built together on Sand Lake. Vernice and Bob enjoyed over 33 years of marriage until his early death in 1984. Vernice was always a very involved person, from her sewing club that met the 2nd Tuesday of every month, since high school until recently (I don’t think they ever sewed) to her love of guitar playing at the St. James Prayer Group. Vernice was also a member of the music group known as “The Handmaidens of the Lord”. She was a lifelong member of St. Margaret Mary’s/ St. Elizabeth churches. Her Catholic faith was the foundation of her life. It’s a legacy that she has passed down to her family and friends, by living her faith in everything she did. So much of who we are comes from those who have touched us, and Vernice has touched so many people. Vernice always felt blessed to have been able to make religious pilgrimages to Italy, Guadalupe, Poland and twice to Medugorje. She was preceded in death by her parents and her husband, Bob. She is survived by her sister, Vernette Potter; a daughter, Jean (Bob) Vanderport; sons, Bob (Vicki) Brophy and John (Terri) Brophy; grandchildren, Trina (Peter) Maki, Rebecca (Jim) Kidd, Amanda (Dan) Podemski, Ashlie Brophy, Matthew (Alina) Brophy, Jack Brophy and 13 great-grandchildren. The family wishes to thank the Bayshore Health Center staff and Essentia Hospice for their kindness and dedicated care of Vernice. Rosary service 9:30 a.m. Wednesday, January 22, 2020 with visitation at 10 a.m. followed by a Mass of Christian Burial at 11 a.m. at St. Elizabeth Catholic Church, 610 99th Ave West. Rev. Fr. Richard Kunst officiating. Burial at Oneota Cemetery. Arrangements by Dougherty Funeral Home. 600 East 2nd Street.

To send flowers to the family in memory of Vernice Brophy, please visit our flower store.