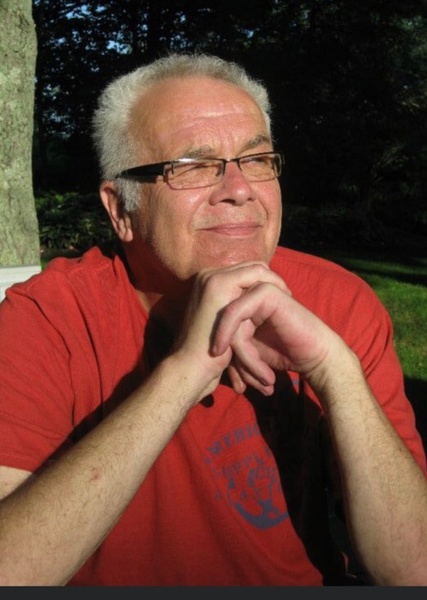 Thomas “Tommy” F. O’Neill, 69 of Duluth, passed away with family by his side on Thursday, Jan. 9th   under the care of St. Luke’s Hospice at Viewcrest Health Center.  Tommy was born May 21, 1950 in Duluth to John W. and Joan O’Neill.  He was a 1968 graduate of Cathedral High School.   After graduation, Tommy attended The Duluth Vocational School for their Bakers program, moved to San Francisco CA to study Mortuary Sciences at San Francisco State University. Tommy started his love of the funeral business working at Dougherty Funeral Home in Duluth. Tommy later obtained his Merchant Marine card and sailed the Great Lakes as a cook upon the Pittsburgh Steamship Line and with the Columbia Steamship Company, and the SS Edmond Fitzgerald, where he served the crew and captain their last Thanksgiving meal. Tommy exited the ship several months prior to the tragic sinking. He was bumped off by a more senior crew member. After his last trip on the Edmond Fitzgerald, Tommy wore many hats. The one he is most proud of and known for is his good Samaritan hat. He was always helping others no matter what his circumstances in life were. Tommy was known for being a huge cheerleader for the underdog. Although Tommy never had any children of his own, all our kids were his kids also. Tommy was a member of the former Our Lady of Mercy Church and a member of St. Mary Star of the Sea Church. He was an active alter server and helped train many others.   If you knew Tommy, you also knew the love of his life was Barbra Streisand. He knew any, and everything about her. His passion for her music, life, acting and her ability to connect to her fans on a personal level, she always felt like family to Tommy. “His Barbra” was also a gay icon where she is highly regarded and loved by the LGTB community, which Tommy was an active member of. Tommy’s dream was to see Barbra in concert, which he was able to make come true in 2006, in Chicago. Tommy was a huge fan of Broadway musicals. He sang and played the piano beautifully, and even played for several weddings. Tommy’s love for his family and friends was unconditional and we will all miss him terribly; our hearts are broken. Missed by family and friends, too many to mention but these angels for keeping him company at Christmas. Gary, Larry, Kerry, Penny, Lynette, Dana, Linda and Freddy, we love you all.  His family would like to thank first and foremost, Dr Timothy Kleinschmidt, and Beth and St Luke’s, the Nurses on 6th and 7th floor at St Luke’s, the RT team for all of their dedication, compassion, and care for Tommy over the last 22 years. We would also like to thank the staff at St Luke’s Hospice, Ecumen, and his fan club at Viewcrest Health Center for all of their love, care and compassion during this difficult time. In true Tommy fashion, if you've met him, you'd want to meet him again…. Everyone just loved Tommy! He always had a smile on his face, kind words to say and a hand to help, even up until the end. Tommy was the most multi-talented of all the O’Neill siblings and his memory was phenomenal right up to his last days. He was preceded in death by his parents, John and Joan; brother Kevin and nephew Ryan. Tommy is survived by his siblings, Johnny, Danny (Dana Hodowanic) and Margie (Billy) Maloney; nieces and nephews, Shawn (Krista) O’Neill and their son, William; Erin (Brian) Boit and their children, Ian and Mya; Lindsey (Olie) Hedge and their sons, Oak and Maverick; Britney Van Dyke (Michael Boyum), Madilyn “bluebird” Maloney and Shyla McGuirk. Visitation will be on Thursday February 13 from 5 – 7pm at Dougherty Funeral Home.  Tommy’s funeral will be Friday February 14, at 10:30am, with visitation starting at 9:30am at St. Mary Star of the Sea Church 325 E 3rd St. Duluth, MN.  Please consider making a donation in Tommy’s name to Loaves & Fishes homeless shelter, 1705 E Jefferson St. Duluth, MN 55812. Arrangements by Dougherty Funeral home, 600 E 2nd St. Duluth, MN, (218) 727-3555.

To send flowers to the family in memory of Thomas “Tommy” O'Neill, please visit our flower store.