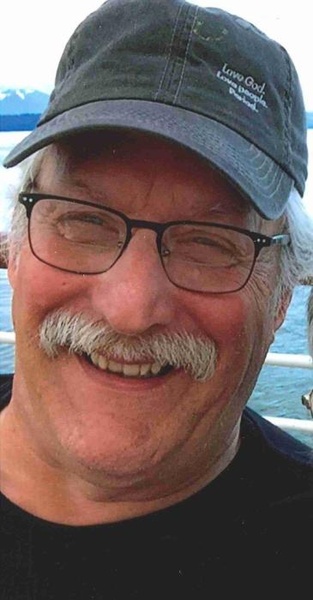 Thomas Patrick Tri, of Duluth, Minnesota, passed away unexpectedly but peacefully in his home on Thursday, September 27, 2018 at the age of 64.

Tom was born to parents Wilfred and Phyllis Tri on July 23, 1954 in St. Paul, Minnesota. He grew up as the eldest of four boys and attended Irondale High School and the University of Minnesota, where he earned a degree in Forestry. In 1974, he married his brown-eyed sweetheart, Marjorie Stolt. In 1978, he took a position with St. Louis County as an Environmental Project Manager and retired in 2008. He then went on to work as a Senior Environmental Scientist with Barr Engineering Company in Duluth from 2008 to 2016.

Tom was a man of faith and was an active and long-time member at The Vineyard Church in Duluth. He lived by the motto of Love God, Love People, Period. He often volunteered his time and talents at church events and enjoyed walking through life with the people and visitors of the church. He also had a wide variety of hobbies and interests that included golf, chess, travel, cribbage, photography, woodworking, gardening, collecting unique items, following the successes and failures of the Minnesota Vikings, but most importantly, spending time with his family and friends.

Tom is survived by his wife, Marge; his son, Jonathan Tri; his daughter, Erin (Jon) Green; and his son, Brian (Lindsey) Tri; and six grandchildren that he absolutely adored; Hannah, Jason, Olivia, Jack, Talitha, and Owen.

Friends and family are invited to attend a celebration of life at The Vineyard Church in Duluth on October 6th at 11:00 AM, with a visitation starting at 10:00 AM. The scattering of the ashes along the North Shore of Lake Superior will be held at a future date. In lieu of flowers, donations may be made to either Project Joy at Second Harvest Food Bank or Fruit of the Vine at The Vineyard Church.

To send flowers to the family in memory of Thomas Tri, please visit our flower store.