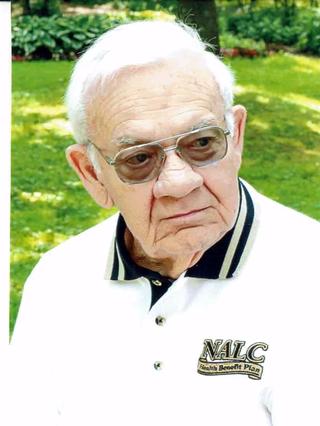 Long time Duluth resident Thomas P. Bovis passed away September 22, 2020 at the age of 85 at the Mayo Clinic in Rochester MN. He was born in Grand Rapids, MN March 23, 1935 to Peter A. and Estelle Bovis. He graduated from Grand Rapids High School in 1954, where he was a standout on the Grand Rapids football team. It was here that his affinity for the outdoors flourished, his passion for hunting and fishing took him all over Canada and guided many fisherman on “Winnie”. The St. Louis River became is new passion upon moving to Duluth.

Thomas worked for the United States Postal Service as a letter carrier. He was past President of the National Association of Letter Carriers Branch 114 and was a proud member for over 50 years. He loved serving his fellow letter carriers as their representative over the years.

He was a member of Twelve Holy Apostles Greek Orthodox Church.

A private service to be held.

In lieu of flowers, please consider a donation in Tom’s memory to the Alzheimer’s Association or 12 Holy Apostles Greek Orthodox Church.

To order memorial trees or send flowers to the family in memory of Thomas Bovis, please visit our flower store.