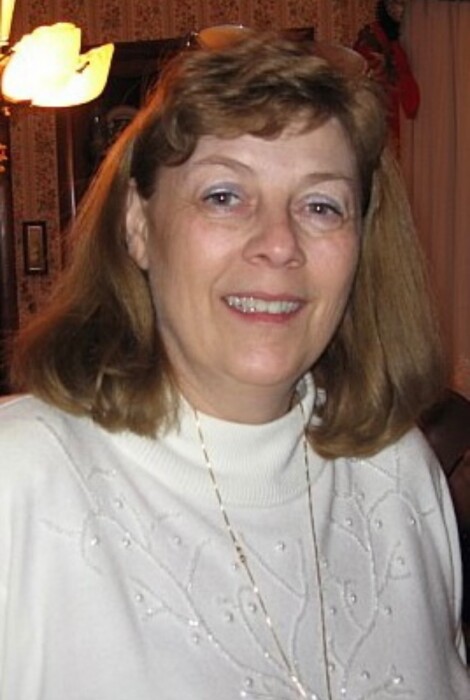 Thais Marie (Totten) Hinz, of Pike Lake, Duluth, MN, passed away in St. Luke’s Hospital, Duluth, on Friday, October 29, 2021.  Thais loved her family, gave freely, was a compassionate peacemaker, an amazing artist, and loved God. She was a woman of many miracles, defying the odds many times. She embraced the redemptive blood of Jesus, trusted the Holy Spirit, and deeply loved God. She knew that establishing yourself as a Christian offered more than guidance on how to best live your life; she knew that it offered an eternal hope.

Thais was born on July 9, 1953, to Noel and Agnes (Rahn) Totten in St. Paul, Minnesota.  She graduated from Coon Rapids High School in 1971.  While in high school, she was a member of the Civil Air Patrol. She attended college at Oklahoma College of Liberal Arts, Chickasha, Oklahoma. Upon returning home from college, she married her friend and fellow Civil Air Patrol cadet, Marty Charles Hinz of Elk River, MN, whom she had dated since she was 14.  On December 30, 1972, they were united in marriage at St. John’s Lutheran Church in Nowthen, MN (which Marty’s grandfather was one of the original eight families that founded the church).  After the wedding, the couple moved to Yuba City, CA, where Marty was assigned to Beale Air Force Base. They lived in California for four years, and Thais served as the Arts and Crafts Department director at Beale Air Force Base.  In 1976, they returned to their home state of Minnesota; they resided in Elk River, and Marty attended college at St. Cloud State University as a comprehensive industrial chemical major. Thais had an eye for detail and was an incredible artist; she used these skills to support Marty’s college tuition by working various jobs; in addition, she sold her paintings and ceramics plus taught ceramics classes.  In her free time, she was an accomplished pianist.  After Marty was accepted into the UMD medical program, the couple moved to Duluth.  As a third-year scholarship medical student, the couple moved to Parker’s Prairie, MN, for one year, then back to Elk River to finish the fourth-year medical school. During this time, in addition to raising two children, Thais continued with her ceramics and art classes. Within two weeks of completing medical school, a medical contract came through, and they moved to Waterloo, Iowa, for residency. While in Waterloo, the family grew to five. Upon completing residency, the couple moved to Antigo, WI, where Marty was on staff for medical emergency. In Antigo, the final family addition was added.  In 1988, the couple returned to Duluth with their family of six.

Together, in 1994, the couple opened the Morgan Park Medical Clinic before opening their own business, NeuroResearch, in conjunction with several other innovative supplements and medical food companies. Thais served as controlling shareowner and the computer geek of those companies until her death.  Thais also manage the real estate holding companies.

Thais was a talented artist of oil paints and an excellent seamstress, making some of the best Halloween costumes any child would love.  There was no limit to her creativity.  Thais was also the family historian for both sides of the families; she maintained and documented nearly 500,000 family photos.

While raising their four children in the Pike Lake area, Thais was active with the Pike Lake PTA. The toil of four children meant that some hobbies went aside. Still, she had a few treasured activities, including art classes and participating in a bowling league (her team loving called themselves the Webble Wobbles because they (the pins) don’t fall down). In reality, she was an excellent bowler. She was a soccer, basketball, and football mom.

Thais was a gracious hostess in giving fabulous family and neighborhood parties.  The couple also traveled the world, seeing many places in Europe, Hawaii, Tahiti, Nicaragua, and many places in the United States.

She is also survived by her pride and joys, grandchildren: Joven, Isabella, Warren, and Evelyn, all of Duluth. She was beloved by her many nieces and nephews.

To send flowers to the family in memory of Thais Hinz, please visit our flower store.