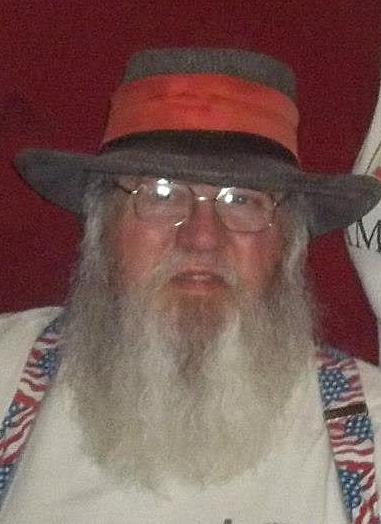 Terry “The Colonel” C. Sanders, 75, of Hermantown, died Wednesday, Feb. 9 th in his home.  Terry was born in Bemidji, MN on Dec. 14, 1946, to Lester and Madelyne Sanders.  They moved to Superior when Terry was 4 and to the Fond du Lac neighborhood of Duluth when Terry was a teen, where he spent many good years with his friends.  He graduated from Morgan Park High School and received a degree in accounting from UMD where he was a member of the Phi Beta Chi Fraternity. Terry was drafted into the US Army and served during the Vietnam War.  After his discharge from the Army, he started his career as a CPA. Terry was a member of the VFW, the American Legion and the BPO Elks Club.  He was an avid horseman; he enjoyed shooting, deer hunting, motorcycling, and traveling, especially in his RV.  Terry had a great sense of humor, his humor was funny, outrageous, and poignant.  He loved having breakfast and lunch with “the guys" and traveling to the Black Hills.  He enjoyed spending time with his family, friends, and his dog Buddy.  He will be greatly missed.

He was preceded in death by his parents, Lester and Madelyne and his brother Craig “Rocky” Sanders.

The family would like to thank the Hermantown Volunteer Fire Department for their support of Terry.

(Masks are highly recommended).  Visitation will be Thursday, Feb. 17 th from 5-7pm in the Dougherty Funeral Home, where visitation will continue Friday, from 10am to the 11am Celebration of Terry’s Life.  Military honors accorded by the Duluth Honor Guard will follow.  Burial will be at the Minnesota State Veterans Cemetery.  Sign the online register book at, www.dfhduluth.com .  Arrangements by Dougherty Funeral Home, 600 E 2 nd St. Duluth, MN, (218) 727-3555.

To send flowers to the family in memory of Terry "The Colonel" Sanders, please visit our flower store.