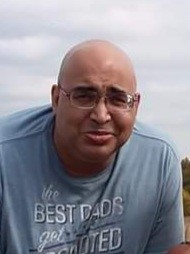 Throughout his life Terry lived in many different areas in Minnesota. He carried with him a loud and proud attitude wherever he went. Along with that cackle of a laugh none of us will soon forget. Terry was a social creature. If you were in a room with him, you were going to be part of the conversation. It also did not matter what kind of mood you were in. You could be having the worst day, but 5 minutes in a room with Terry would have you laughing with a smile on your face. That's who he was, he wanted to have a good time and he wanted everyone to share in the fun with him.

Terry spent the last several years of his life working at the Fond Du Luth Casino, where he was beloved by co-workers and patrons alike. Many of whom went there specifically to see Terry.

When not working Terry could often be found hanging out with family and friends. As mentioned above Terry loved to be social. He loved to hang out, grab a bite, watch movies, or just talk and catch up. He also loved to reminisce and tell stories. Words can never describe how much Terry cherished his time with his loved ones.

Treating them like "the children he never had."   Many of whom turned to him for advice or to talk out their problems and looked forward to daily texts and calls.

At the end of the day Terry was the type of person you could turn to for anything and he would help any way he could. At the very least cheering you up. He truly had a heart of gold and touched many lives in a positive way. Many lives that will now miss him in theirs. But through us his positive impacts and the way he went about impacting each and every one of us will live on.

He was preceded in death by his mother Jackie Cole, Father Bud, Willard Cole, Uncle Roger and brother Dave.

He was survived in death by his mother Beth Kennedy and father Tim Kennedy, brothers Mike, Jim and Steve, sisters Sara, Rachel, and Neena Kidd. Along with many nieces, nephews and beloved family members and friends.

To order memorial trees or send flowers to the family in memory of Terry Cole, please visit our flower store.