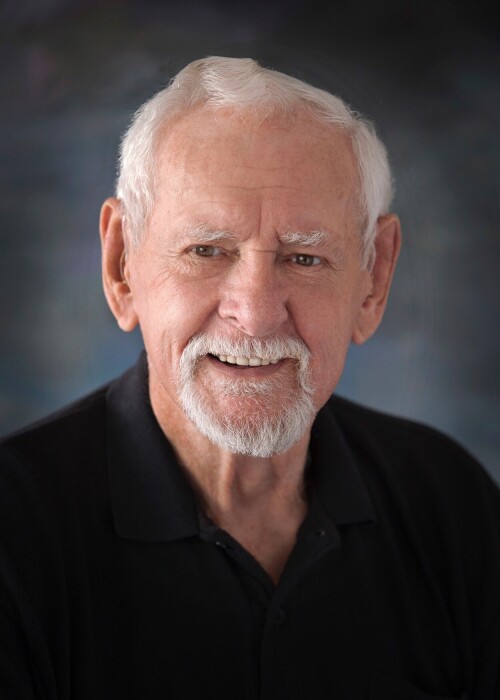 Sylvester Yagoda, 92, of Duluth, died Wednesday, July 21, 2021, at Solvay House Hospice. Syl was born April 23, 1929, in Duluth to Veronica (Konczak) and Sylvester Yagoda Sr. He graduated from Denfeld High School. He spent time in the Army on loan to the Air Force flying, fixing, and finding Drones. He married Betty Lou Schneider in Duluth on February 19, 1955.
Syl was a sheet metal worker and retired in 1991 with 40 years of service.  He and Betty were members of St. Benedict’s Church. Syl was a Fourth Degree Knight of Columbus.
He ejoyed fishing, membership in the Arrowhead Hunting Lodge, World Travel, Bocce Ball, Cribbage, and most of all spending time with his family and friends. He was preceded in death by his wife Betty, his parents Sylvester and Veronica Yagoda; siblings Irene Krol, John Krol, Annie Sobzack, George Yagoda, Lucille Fransisco, Richard Yagoda and daughter-in-law Linda Yagoda.
Syl is survived by his children Scott Yagoda, Steven (Kathe) Yagoda and Beth Ann (Paul) Yagoda Sever; grandchildren, Alex and Nick Yagoda, Vanessa (Cody) Zack and their children, Rosalind, Gus, Eliza and Violet; Katlin (Jordan) Yagoda, William and Andrew Sever; sister-in-law Lorraine Yagoda, nephew John (Irene) Krol Jr. and brother-in-law Gregory (Charlene) Schneider, many nieces, nephews, cousins and friends. He was known to have helped anyone who asked, even to his wife’s chagrin. He could fix anything but a broken heart. He will be greatly missed. We would like to thank Solvay House for their loving care.
Visitation will be held on Monday, July 26, 2021, at St. Benedict’s Church, 1419 St. Benedict's St., Duluth, MN from 5-7pm with Wake Prayers at 6:30pm. Visitation will continue Tuesday, July 27, 2021, from 10:00 am until the 11am  Mass of Christian Burial at 11AM. Burial will follow at Calvary Cemetery. Arrangements by Dougherty Funeral Home, 600 E 2nd St. Duluth, MN, (218) 727-3555.

To send flowers to the family in memory of Sylvester Yagoda, please visit our flower store.