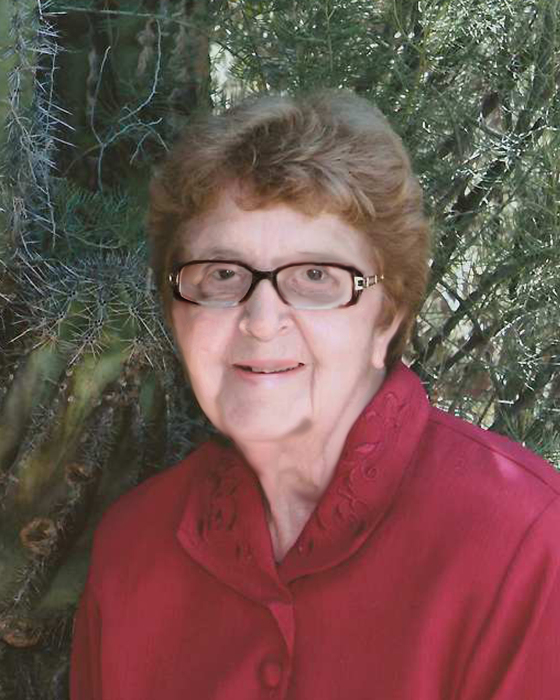 Sister Sarah O’Malley, OSB, age 87, was called home on Sunday, August 2, 2020 in her 67th year of consecrated life. She was born on November 10, 1932 to Michael and Ida Mary (Roberts) O’Malley in Rhinelander, Wisconsin, the youngest of seven children, and given the name Nancy Elizabeth. Her parents and Franciscan teachers encouraged her to enter religious life, and after following two older sisters to The College of St. Scholastica in Duluth, she entered the Community in her sophomore year. She made her first monastic profession in 1953 and her perpetual profession in 1956.

Sister Sarah majored in elementary education and taught in Cincinnati, Brainerd, and Cloquet for 23 years, also serving as a principal in Cloquet. She earned an MA in Sacred Theology at Saint John’s University in 1966 and then, moved by compassion for human suffering, she completed the Clinical Pastoral Education program at the Human Development Center and St. Luke’s Hospital in Duluth, with a residency at Lutheran General Hospital in Park Ridge, Illinois. From 1973 to 1984, she was the pastoral minister for West End Catholic Parish in Duluth (St. Clement, Saints Peter and Paul, and St. Jean) where she began a ‘Ministry to the Aging’ program to address the needs of the elderly, sick, and bereaved. She helped bring Marriage Encounter to the diocese, as well as Beginning Experience, an outreach to divorced and widowed men and women.

In 1984, she joined the Community’s ministries in Phoenix, Arizona. For 14 years at St. Thomas the Apostle Parish, and later for 12 years at the ethnically diverse Most Holy Trinity Parish, she organized outreach programs and coordinated the lay leadership of a large volunteer force that responded to the needs of the hospitalized, homebound, and bereaved. She conducted grief support groups and reconciliation services and helped develop a ministry of care for the Diocese of Phoenix. Like Vincent Van Gogh, a favorite artist, she passionately believed that God asks us to walk with the poor and suffering and bring them the Good News. She did this with quiet strength, humility, patience, and love.

Wherever she was, Sister Sarah lived in the midst of people and shared life and ministry with them. She invited women Religious from other communities into her circle of life for communal sharing, enrichment, and celebration. Sister Barbara Higgins recalls that they celebrated St. Patrick’s Day in Phoenix “as though it were a Holy Day of Obligation,” decorating the house, exchanging Irish cards and small gifts, and wearing the green.

Out of these rich experiences came a series of contemplative books and articles. A gifted writer, Sister Sarah wrote on the ministry of care and on spirituality.  She collaborated with Reverend Robert Eimer, OMI in a dozen books. In Journey of Decision: A Way of the Cross (published in 1991 and illustrated by Sister Mary Charles McGough), the people who encountered Jesus in his trial and execution tell their stories. The book is used by parishes and retreat centers to bring the salvation story alive during Lent.

Sister was deeply influenced by the thoughts of theologian Henri Nouwen who called himself a ‘wounded healer’ and whom she considered her mentor. She drew on his pastoral writings as well as those of Thomas Merton to inform her own parish retreats, revealing the sense of the Divine that underlies the work of theologians, artists, and composers. In one she compared Pierre Teilhard de Chardin, Vincent Van Gogh, and Wolfgang Amadeus Mozart.

In 2014, Sister Sarah left her beloved Phoenix to return to Duluth. Inspired by Pope Francis’ directive to “get out among people and spread the joy of the Gospel,” she began her Coffee with the Saints ministry at retirement centers, church halls, and within the Monastery. Many of her presentations focused on people who worked for peace and justice, including Dorothy Day, Augustus Tolton, and St. Teresa of Calcutta. She continued to return to Phoenix to lead retreats, her final in early 2020, and was researching the leaders of the Civil Rights movement when failing health forced her to surrender her ministry. She joined her Sisters on Benet Hall, our assisted living facility, where her needs could be better met. After a full life of service to God, she passed peacefully on August 2 and, we hope, continues to enjoy “coffee with the Saints.”

Sister Sarah was preceded in death by her parents Michael and Ida Mary and her siblings Patrick (Gert), Mary Ann (John) O’Melia, Ida Mary (Peter) Pearce, Sally (Edward) Kremer, and Sylvia (Tom) Eichner. She is survived by her Community; her sister Jeanne (Donald) Hertzog; and many beloved nieces and nephews. She also leaves behind friends throughout the country who consider her their sister-in-faith, confidante, and spiritual adviser.

Wake, Morning Prayer, and funeral Mass were held on Wednesday, September 2 in Our Lady Queen of Peace Chapel at the Monastery, with Father William Fider as Presider. Interment was at Gethsemane Cemetery. Because of public health restrictions, the funeral was private. Dougherty Funeral Home handled the arrangements. A memorial service will take place at a later date. Memorials are preferred to St. Scholastica Monastery.

To order memorial trees or send flowers to the family in memory of Sister Sarah O"Malley, OSB, please visit our flower store.