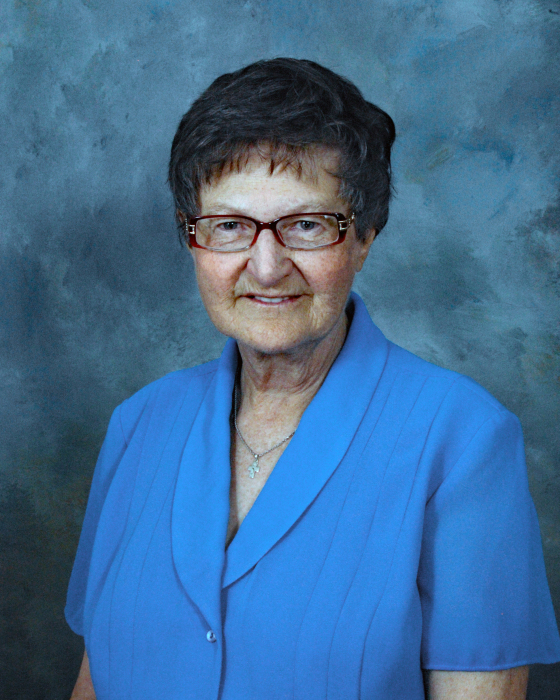 Sister Barbara (Marjorie) Higgins, OSB, died on December 4, 2020 at St. Scholastica Monastery. She was born on June 6, 1935 to Clinton and Genevieve (LeBeau) Higgins in Duluth, Minnesota. Her connection with the Sisters at St. Clement’s and Cathedral influenced her to join the Monastery in 1953. At her death, she was in her 66th year of vowed commitment.

Her gifts of joy and humor permeated her varied ministries, starting in l955 as a primary teacher in Brainerd, Duluth, and Cloquet. Beginning in l972 she was a staff member at the Welch Center. In 1981she became the Director of Residential Life at the College of St. Scholastica. In l987 she became Sub-Prioress of the Benedictine Community, followed by parish ministry at St. Patrick’s in Scottsdale, Arizona. In 2014 she returned to the Monastery as Director of Associates and Novice Director.

She was preceded in death by her parents, brothers Lawrence Joseph, Don, James, and Roy and sisters Susan Krier, Pat (Larry) Marlenga, Sister Mary Rae Higgins, and Irene Williams. Besides the Sisters of St. Scholastica Monastery, she is survived by sisters Nancy (Chuck) Davidson and Bonnie (Mike) Tweedy, brother Wayne (Carol), sister-in-law Evelyn Higgins, many nieces, nephews, cousins and friends – all whose lives she deeply cared about.

Wake, Morning Prayer, and funeral Mass on Friday, December 11 in Our Lady Queen of Peace Chapel at the Monastery, with Father William Fider as Presider. Interment was at Gethsemane Cemetery. Because of public health restrictions, the funeral is private but will be livestreamed beginning at 9:30 am on the Dougherty Funeral Home Facebook Page, https://facebook.com/dfhduluth. A memorial service will take place at a later date. Memorials are preferred to St. Scholastica Monastery.

For complete obituary go to www.duluthbenedictines.org

To send flowers to the family in memory of Sister Barbara (Marjorie) Higgins, OSB, please visit our flower store.