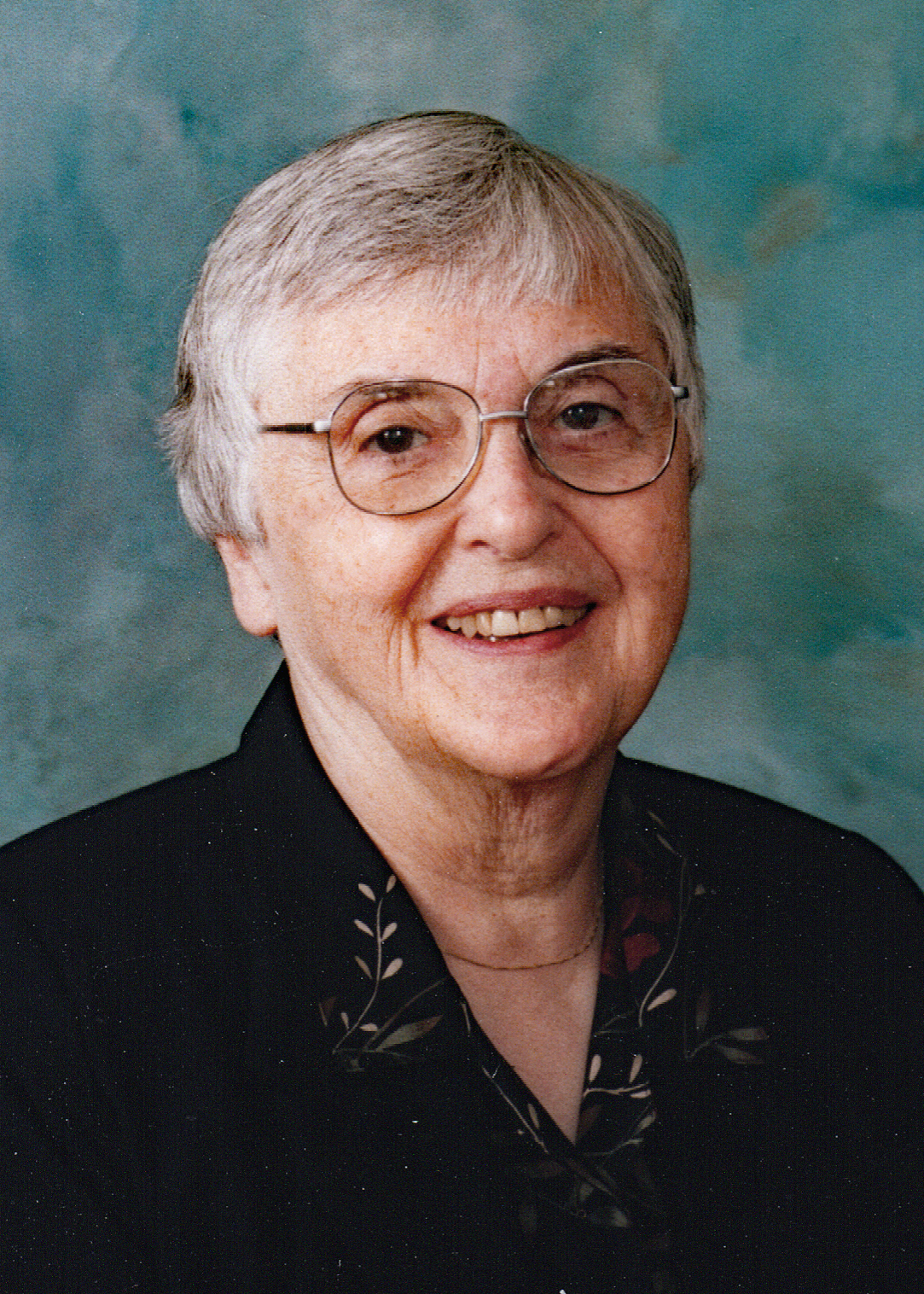 Sister Grace Marie Braun, OSB, 96, died on May 30 at St. Scholastica Monastery in Duluth. She was born in Sheboygan, Wisconsin on March 15, 1926, the daughter of Anton and Emma (Gehl) Braun. She grew up in the quiet village of Kohler, Wisconsin with older siblings Joan, Robert, and Carol Rose, all deceased, youngest sister Mary Ann, and a close network of relatives and friends.

Although her two older sisters became members of St. Scholastica Monastery, she deliberately chose a different path, and after graduation from Kohler High School she enrolled at the Dominican Sisters’ Rosary College in River Forest, Illinois, to become a dietitian. However, at the end of her freshman year, when she and her family made one of their many trips to visit her sisters in Duluth, she was persuaded to transfer to The College of St. Scholastica. That changed the course of her life, she has said, and after graduation in 1948 with a dual degree in dietetics and home economics, she entered the Duluth Benedictines.

After making her Final Monastic Profession in 1953, Sister Grace Marie went to St. Louis University for the requisite internship for a Registered Dietitian and subsequently completed an MA in Dietetics there as well. She was a Professor at the College of St. Scholastica for 25 years, and for seven years during that time was Director of Food Service for the entire campus (the College, the Monastery, and Stanbrook Hall High School). In 1964 when Somers Hall, a 300-bed residence hall was being planned, her service on the building committee included designing a separate Food Service and dining room in the new building for the students. A few years later she collaborated with her department colleagues in planning the Dietetics and Home Economics Department area for the new Science Center.

On June 16, 1975, she was elected the ninth Prioress of St. Scholastica Monastery to lead the Community of 325 Sisters and served in that capacity for twelve years. During that time Mother Grace Marie’s visionary leadership saw construction of the Benedictine Health Center which opened in 1980 and creation of the Benedictine Health System in 1985.

She led the Community in recognizing the dual need for a barrier-free chapel and expansion of the College library. Major renovation of the chapel/library complex resulted in Our Lady Queen of Peace Chapel moving into former library space in the lower level of the structure and the library into what became a three-story facility in 1986. She was active in the Federation of St. Benedict, serving on the Council and as Federation vice-president, served on numerous Boards of the Community’s ministries as well as other health care systems and civic organizations, elected to numerous terms on the Monastery Council, served as a consultant for a variety of professional groups, and has emeritus status at The College of St. Scholastica which in 1980 conferred upon her the degree Doctor of Laws, honoris causa.

After her tenure as Prioress, Sister Grace Marie enjoyed a year’s sabbatical in two spiritual renewal programs, then began the Monastery’s Development Office and guided that ministry for seven years. In 1996 God called her to what she has described as “a most extraordinary ministry” with the National Office of Post Abortion Reconciliation and Healing (Project Rachel) in Milwaukee, Wisconsin. She later served as Director of Human Resources for the Monastery Sisters and lay employees, was Director of the Residential Volunteer Benedictine Associate Program, a member of the Vocation Ministry Team, and when she moved to Benet Hall, the Monastery's assisted living floor, she continued her prayer ministry.

When she reflected on her 73 years in religious life, she would be the first to tell you that it wasn’t all work, however, because she enjoyed vacations with her family and friends, foreign travel, and cheering for the Green Bay Packers (“once a Packer, always a Packer,” she would say with a smile). And whether it was playing tennis with competitive verve, snowshoeing or cross-country skiing, enjoying a picnic on the North Shore of Lake Superior, teaching the Novices to dance the “Josephine,” catching a walleye on Big Sand Lake near Park Rapids, reading or knitting, Sister Grace Marie has always enjoyed the gift of the present.

She was preceded in death by her parents and three of her siblings: Robert Braun and Benedictine Sisters Joan and Mary Carol. She is survived by her sister Mary Ann Merline of Washington, Missouri, numerous beloved nieces and nephews, grand-nieces and nephews, many relatives and friends, and the Sisters of St. Scholastica Monastery.

A Wake service/Morning Prayer with visitation, will be at 10:00 a.m. Saturday, June 4, in Our Lady Queen of Peace Chapel. The Mass of Christian Burial will be at 11:00 a.m. with Father William Fider presiding. Masks are required. Sister Grace Marie will be buried in Gethsemane Cemetery at St. Scholastica Monastery. Funeral arrangements by Dougherty Funeral Home.  Ceremonies will be livestreamed at: https://www.facebook.com/dfhduluth beginning at 10 a.m. Memorials to St. Scholastica Monastery are preferred.

To send flowers to the family in memory of Sister Grace Marie Braun, please visit our flower store.