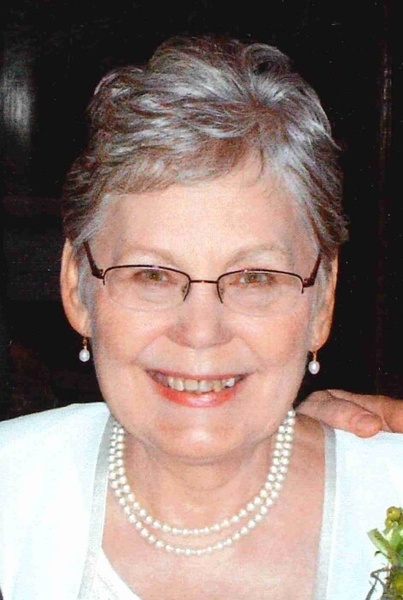 Shirley Ann Hansen (Humphrey) was born to Myrtle & Lynn Humphrey on Wednesday, September 9, 1936 in Clear Lake Iowa.Shirley was raised in Floodwood, Minnesota and settled in Duluth, Minnesota where she peacefully passed away, surrounded by family on Friday, July 31, 2020.

“I figure if a girl wants to be a legend, she should just go ahead and be one.”

Shirley began her career in the labor movement in 1958 as a Secretary for the United Food and Commercial Workers Local Union No. 1116.She quickly advanced and took on the role of an Organizer for the Local and was instrumental in negotiating the first dime into the UFCW Pension Plan for workers of Chun King Corporation, which was followed by many more successful organizing efforts throughout Duluth, Superior and the Iron Range.

“Ain’t no good ever comes of it, if you ain’t steering yourself.”

Shirley continued her work in the Labor Movement by launching Plan Administrators, Inc. in 1974, which provided third-party administration services to the members of Local Union No. 1116; IBEW Local Union No. 242/294; Hotel & Restaurant Workers Local 99; Timber Producers Association; Bricklayers Local Union No. 3 and the International Longshoreman’s Union.In addition, Shirley successfully negotiated with local providers, ultimately lowering the health care costs and vendor fees for thousands of Union members and their families throughout the Twin Ports and Iron Range.Although Shirley retired in 2003, she remained active in the Labor Community and served on the Board for Goodwill Industries until 2018.

“But wasn’t time for what was, was time to settle up the future.”

While it’s simple enough to summarize Shirley’s accomplishments, by no means were her efforts ever easy.Shirley fought every-single-day for the rights of thousands and held business owners and corporations accountable to provide safe working conditions, fair wages and equal treatment, while simultaneously fighting for her and her family.Not only did she succeed, she did so as a woman during a time in history that was far from accommodating professional, working women.

”Don’t matter none how bad it gets sometimes…you can always turn this shit around.”

In her spare time, Shirley enjoyed spending time at her cabin on Lake Pokegama in Grand Rapids, Minnesota in solitude and surrounded by family and friends.Tirelessly, she advocated for her peers in times of need, demonstrating endless compassion when compassion was lost in the day-to-day lives of many.As a daughter, sister, mother, and grandmother, she provided unparalleled support and influence.She taught the importance of maintaining a sense of humor during seemingly unbearable times and the benefits of approaching life with a sense of humility.She lived life with true grit, not seeking fame or recognition from others, but for the pure purpose to fulfill her passion in leaving the world a better place to live.

In lieu of cards and flowers, the family is asking that you make a contribution to one or more of the following, local charities in Shirley’s name:St. Louis County Rescue; Life House; Second Harvest Food Bank; or, Light House for the Blind.

In closing, the family would like to thank the loving caregivers at Franciscan Health Center, Shirley’s care team at St. Lukes Hospice as well as her many friends and family that contributed to her overall care during her final days.

“Not knowing what I needed to do or where I needed to go, I knew all the same that I was going in the right direction.”

To send flowers to the family in memory of Shirley Hansen, please visit our flower store.