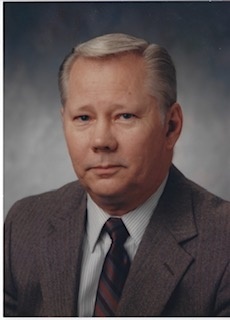 Rudolph James Hable Jr. passed away Friday, March 11, 2022 in Cloquet.  He was born in Duluth on January 29, 1934 and was the 2nd of 4 children born to Adeline and Rudolph Hable Sr. He grew up in Woodland where he learned to love the outdoors in between attending daily mass with his father at Holy Rosary Church and serving as an altar boy.

He graduated from Cathedral High School in 1952 and the University of Minnesota-Duluth in 1955 with degree in Business Administration. In 1956, he was drafted into the Army and stationed in Colorado until his discharge. In the Army, he honed his marksmen skills and earned the designation as an “Expert,” a skill he would use over the rest of his lifetime hunting.

He learned about hard work and an attention to detail through his work as the Secretary/Treasurer in the family’s business at the Piedmont Piggly Wiggly Grocery Store.  This experience helped him excel in the banking industry serving as a Vice President/Loan Officer at Saint Louis County Savings and Loan and Superior Savings Bank.

In September of 1962, Rudy married the love of his life, Alverna “Dolly” Marzillo at Good Shepherd Church and lived in Piedmont where they raised their three daughters.

Rudy’s love of the outdoors invited exploration to find new ways to enjoy it.  He loved downhill skiing while stationed in the Army in Colorado and watching him ski was poetry in motion.  He served on the Ski Patrol in Mont du Lac for years where he shared time skiing with his family and preparing for family vacations skiing in Colorado and Montana.

Rudy was an avid, hunter, fisherman, trapper, and shot trap at the Proctor Gun Club.  Over the years, he would run trap lines, fish Lake Sagnaga, and fish the lakes of Canada, and rivers of Alaska.  He hunted geese in the Port Terminal and Saskatchewan and deer in Cotton where he had a deer shack with friends.

Rudy was accompanied on hunts for 13 years by his closest hunting companion, an English Bred Golden Retriever named Duke.  Rudy trained Duke and competed in outdoor and indoor obedience trials.

It was at deer camp in Cotton that Rudy developed an affinity for the land around Long Lake in Cotton and later purchased lakefront property.  He worked the land for years and removed each stump one by one using only a come-along winch and in 1994 built his dream home with Dolly to enjoy in retirement.  They enjoyed 16 years at the lake making memories with their children and grandchildren.

Rudy was a very kind gentleman who was an empathetic listener and was liked by all who had the pleasure to meet and know him.  He modeled grace, compassion, and respect to all and these character traits are his legacy and worthy of emulating to bring more kindness in our world.

Rudy is preceded in death by his parents Adeline and Rudolph Sr., his beloved wife Alverna (Dolly) after 58 years of marriage and until her death in 2020, and brother Richard Hable.

A special thanks to the staff at Evergreen Knoll and the St. Croix hospice nurses who gave remarkable compassionate care to Rudy over his final years.

Visitation will be Saturday, March 19th from 2:00pm to the 3:00pm service at the Dougherty Funeral Home.  Sign the online register book at, www.dfhduluth.com.

To send flowers to the family in memory of Rudolph Hable Jr., please visit our flower store.