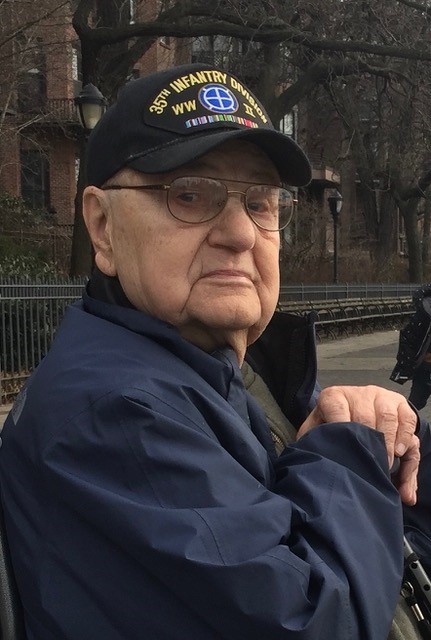 He was born on December 23, 1924, in Esko, MN, to father Hjalmer and mother Hilma Peters. Although Esko is probably one of the smallest corners of the world, Roy’s family was happy and large. In all, there were 13 Juntunen brothers and sisters—Roy, William, Carl, Arthur, Earl, Merton, Joseph, Dennis, Lorna, Martha, Elsa, Betty and Kay—each as clever and friendly as the next. They were raised together in a house known simply as “The Farm” and were a tight-knit bunch. Roy took great pride in how fun and amusing his family was—as he liked to remark, “They used to say: ‘If you’re having a party, invite some Juntunens.’”

Upon graduating from high school in 1942, Roy enlisted in the U.S. Army. After completing basic training, Roy was sent to Auburn University in Alabama, where he joined the engineering program. One day at Auburn, Roy’s roommate asked him if he planned on signing up for the medical school aptitude test, and Roy replied, “I’m not interested.” When his roommate pointed out that students in the med school program were exempt from morning classes, Roy—as he’d often recount—said, “I became interested.”

After completing his internship at St. Mary’s Hospital in Duluth, Roy briefly worked as a doctor in Nashwauk, WI. When the Korean War began, Roy reenlisted in the Army and then later transferred to the Air Force. In the Air Force, Roy was stationed at Kirkland Air Force Base in Albuquerque, NM, where he served as a flight surgeon; he and his growing family remained there until 1953.

Following his discharge from the Air Force, Roy, Audrey and their children moved home to Minnesota. Roy worked at the West Duluth Clinic until his retirement in 1996.

Like many doctors, Roy was an avid golfer, with two hole-in-ones to his name (Northland Country Club #12 and #17). And like more than a few Duluthians, Roy also liked curling. But Roy really relished any sort of game, and was usually a formidable competitor. In his late eighties, he developed an appetite for online Scrabble—juggling multiple stand-offs on his iPad at all hours of the day and night—only to suddenly quit playing several months later. When asked why he’d quit, Roy answered, “Because I kept beating everybody.” (He wasn’t exaggerating.)

Roy loved watching sports on television, too—especially golf and Premier League soccer. But only with the sound off. His grandson, Tom, asked him why the TV was always on mute, and Roy answered, “Because the commentators are wasting everybody’s time.”

But churlish Roy was not. He was simply quintessentially Finnish—stoic and reserved. (Indeed, the perfect complement to Audrey, who was neither stoic nor reserved.) Roy’s dry wit and deadpan delivery—he’d lob a wry remark, watch it land, then break into a broad smile—remained incredibly sharp. Even late in life, when age and pain had made it too difficult for him to do much more than carry on a conversation, he’d reply to the question, “How are you doing, Roy?” with a one-word answer: “Thriving.”

That was the way Roy chose to navigate the world, with a steady, endless supply of clever comments and optimism.

Roy was preceded in death by his parents, wife of 64 years, Audrey and son Jay Juntunen, all of his brothers and four sisters.

Roy was a member of Trinity Lutheran Church, in Duluth. Burial arrangements are being made by Dougherty Funeral Home in Duluth; a family memorial service will be held at a later date, with burial at Forest Hill Cemetery. In lieu of sending flowers, please consider taking a sauna instead.

To send flowers to the family in memory of Roy Raymond Juntunen, MD., please visit our flower store.