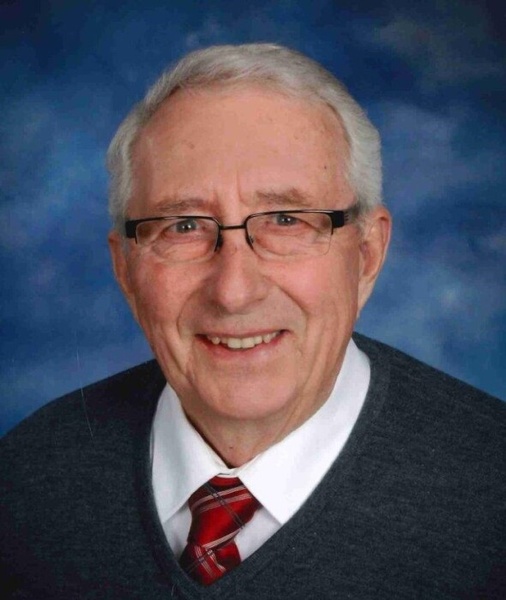 Bob attended grade school in Bruno, graduated from Askov High School and attended Vo-Tech where he studied Carpentry. He married Helga Larsen on June 20, 1959 in Askov. Bob served in the Army during Vietnam era.

He was a member of Holy Cross Lutheran Church, with the biggest projects being the addition to the church and faithfully plowing the snow for 34 years, American Legion in Askov, a past member of Duluth Hts. Community Club and helping with the Winter Frolic, a past member of the Northland Optimist Club, a past member of the BPO Elks. Bob loved hunting, the annual venison sausage making party, fishing, snowmobiling and being a member of the Turtle Patrol. He enjoyed traveling, visiting Rio De Janeiro, Sydney, Europe, all 50 states and especially his trip to London on the Concord. He loved old cars and was particularly proud of his '56 Ford and his old Ford tractor that he used in his garden. Bob enjoyed having family and friends at the cabin, first at Lake Vermillion and later years at Island Lake.

To send flowers to the family in memory of Robert "Bob" Wallner, please visit our flower store.