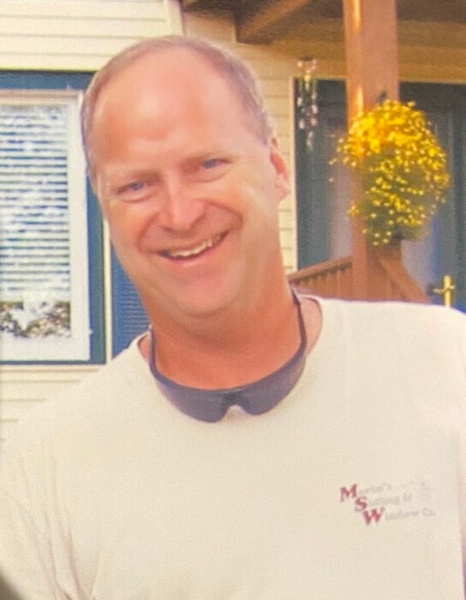 Bob was adored and loved by all who knew him. Bob was always there to brighten the lives of others and had the biggest heart for helping others. He was always putting others before himself. Bob loved spending time outdoors Kayaking, Biking, Running, Skiing, Paddling in the Dragon Boat Races, and Walking his dogs. His smile would light up a room. He was a craftsman in woodworking and loved making wooden toys for kids. He volunteered on Ski Patrol, Special Olympics  and in the medical tent at Grandmas Marathon for many years. As they say, he was the jack of all trades. He had many jobs over the years primarily working in the construction business. The majority of his working career was spent working at Morins Siding and Window, a job he truly enjoyed where his co-workers were like family to him. Bob was taken from us too soon but will live on in our hearts forever.

He was preceded in death by his father John, his brother in-law Bruce, his nephew Joey, and his beloved dog Biscuit. Bob is survived by his wife of 31 years, Maggie; his daughter Kaitlin; his grand dog Paris; his mother Jackie Roper; his sister Sue Jeffers; his brother Ray (Sue) Roper; his goddaughters, Ashlee Johnson and Andria Stankiewicz; and many nieces, nephews, extended family and friends. . A special thanks to his cousin/friend/partner in crime Ted Raymond for being by his side every step of the way, supporting him through his long hard battle these past 5yrs.  A special thanks to Solvay Hospice House and the Essentia Hospice team for their care his last few weeks of life. A special thanks to all the caring staff at Elysian, the place he called home.  A Celebration of Life will be held Sunday, September 12th, from 11am to 2pm (open house) at Skyline Bowling Social and Games It will take place Inside & Outside in the Lodge area of Skyline, located at 4894 Miller Trunk Hwy, Duluth, MN 55811. If so desired, memorials may be directed to the Alzheimer’s Association, 4960 Miller Trunk Hwy, Suite 700, Hermantown, MN. 55811.  Arrangements by Dougherty Funeral Home, Duluth, 218-727-3555.

To send flowers to the family in memory of Robert "Bob" Roper, please visit our flower store.