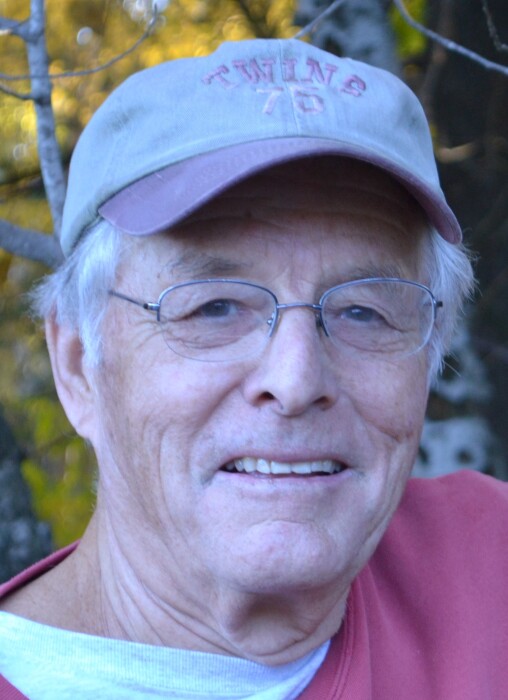 Robert “Bob” Morris Fryberger, 83, Duluth, MN, passed away on Sunday, September 13, 2020 in his home, after a gallant fight to conquer lymphoma.  Bob was born May 14, 1937 to the late LaVerne (2002) and Robert Fryberger (1957) in Duluth, MN the only place he wished to ever live.  He grew up with his identical twin brother, Jerry, brother Dates, and sister Cindy (Cairney) in the Hunter’s Park neighborhood living, as he called it, the Huckleberry Finn life: of fishing in Tischer Creek, neighborhood pick-up games, and hockey at the original Glen Avon rink, on the corner of Woodland Ave. and St. Andrews Street. He was a part of a group of boys who took the train to Madison Square Garden and won the Peewee National championship in 1951 (and again in 1952). They received a city-wide parade to celebrate their return.  He attended Washburn Elementary, East Jr. High until 10th grade, graduated high school from Kent School (Kent, CT) then to Middlebury College (VT) for college and to play hockey. After his service in Korea, he returned home to Duluth to work at Superior Fiber retiring from Superwood. He met his soul mate Angelica (Goldschmidt) after a sister-in-law’s suggestion he call her for the dance for which he had no date. There was an immediate acknowledgement that they had found their other half and after the 2nd date Bob proposed.  After a year in Germany to complete her master’s degree Angelica came back to Duluth and 3 weeks later, she and Bob tied the knot, September 17, 1966. He was a wonderful husband/partner, thoughtful, caring, considerate, and ever loving. We never heard them argue. As a father he could not be matched. He took us skating until our toes froze, took us sledding letting us all pile on top of him and after wiping out, giving us a “chopper wash”-not so gently wiping off facial snow! He took us on fishing trips on the Gunflint Trail. Each day of fishing seemed to end with the familiar phrase “just one more pass”. He took us on vacations and played in the pool. He told his daughters they were just as capable as boys. Matter of fact, they could mow the lawn just as well, then complimenting a job well done at the dinner table. He coached youth hockey and supported all his son’s entrepreneurial ventures. He taught his grandkids how to neatly shovel, flood, and blow snow. He taught us the importance of financial management…you can never save too much and be sure to give generously what you can. He loved the game of hockey, as a kid playing pick up whenever possible, if not at Glen Avon but on the rink across the street from his home, which he flooded with his twin brother Jerry every winter since 1947. He could often be heard at UMD Hockey games providing encouraging words such as “J… C…, pass the puck! Forecheck! Backcheck! He cherished his time in his beloved Quetico and BWCA canoeing and fishing with his brother and friends, bird hunting in North Dakota and Northern Minnesota each fall, and skiing at Korkki Nordic in the winter. He served on the boards of the Depot Foundation, WDSE-PBS, Duluth Festival Opera and supported too many local causes to list. He loved us all with such understanding, compassion, and heart. It was impossible to admire and love him more than all of us did. He will be forever missed. Bob is survived by this wife Angelica just 4 days short of 54 years, children, Kristina (Dan) D’Allaird of Duluth, Tiegen (Susie) Fryberger of Duluth, and Melissa Feierabend of Minneapolis. His grandchildren, Alexandra & Tucker D’Allaird, Ingrid, Deaken, and Tiegen Fryberger, Robby, Hudson, and Juliet Feierabend. His twin brother Jerry (Carol) of Duluth, brother Dates (Sheila) of Sun Valley, ID, and sister Cindy Cairney (Bruce) of Burnsville, MN. In-laws, Steven & Kathy Goldschmidt of Duluth, Peter & Anne Goldschmidt of Duluth, Danielle & Michael Valley of St. Louis Park, MN, Andrea & Gary Pierson of Eagan, MN, many nieces and nephews and dear friends. In lieu of flowers please send memorials to Korkki Nordic, c/o Mark Helmer, 1711 Korkki Rd, Duluth, MN 55804, WDSE-PBS TV, 632 E Niagara St, Duluth, MN 55811, or Glen Avon Youth Hockey Association, PO Box 3505, Duluth, MN 55803. Due to COVID a private family service will be held. Arrangements by Dougherty Funeral Home, Duluth, 218-727-3555.

To send flowers to the family in memory of Robert "Bob" Fryberger, please visit our flower store.