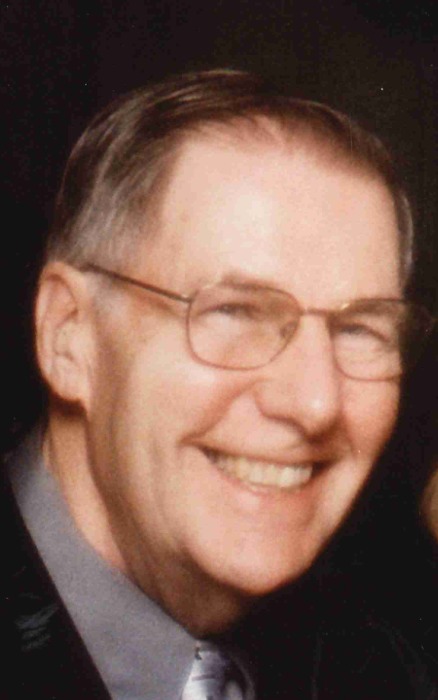 Robert J. Spehar of Duluth, MN @ age 88 passed away peacefully with his family by his side Sunday June 10, 2019. Robert was born in Virginia, MN on July 24, 1930 to Hubert & Elrose. The Spehar family moved to Duluth when their two sons Hugh  & Bob were young.  Robert attended Cathedral High School and after the University of MN, Duluth campus. He loved to play basketball in high school & college (he was 6’2”).  Bob graduated with a BA in Accounting and he & his Father Hubert starting a Public Accounting business that grew to be very successful in upstate Minnesota.

The Spehar men loved to hunt for partridge, ducks, and pheasants. Bob also loved to fish in our great Northwood’s. These fun activities were done with his father Hubert, brother Hugh , son Gregory, nephews Terry, Jerry & Tom and other family & friends. Because of Bob’s love of the outdoors, he and his wife Donna built a family cabin in the summer of 1966 at Lake Elora, Cotton, MN. For 51 years, this lake home was enjoyed by numerous family members and friends. The Spehar cabin was a wonderful place to relax, have fun swimming, jump off the pontoon boat & do cannonballs, barbecue, play card & board games and just be together. The cabin was Bob’s most generous gift to his family other than his unwavering love for all of us.

Bob lost his only sibling Hugh  when Hugh was only 35 years old. That was very sad time for Bob and all the family. Hugh had a wife Ann and 5 children. Robert did whatever he could to help his nephews & niece feel through the years as if they still had a father figure in their lives.

Participating in charitable acts to help others was important to Robert. He was a long-time member of Knights of Columbus, helped with numerous Duluth food drives, donated to St. Scholastica for their Westlife Assisted Living project and was the Chairman for Cathedrals ‘City of Duluth’ All Class High School Reunion to name a few giving activities.

Bob loved to travel! He, wife Donna & their three children made many trips to California to visit Donna’s sister Corinne, her husband Dr. Alfred Figliozzi and their six children. Trips to Disneyland, the beach, western towns and the Rocky Mountains made every ‘out west’ trip very special. Robert also dreamed of traveling in Europe. He, Donna, daughter Christine, and her husband Elden and occasionally other family & friends made trips abroad visiting many Western European countries. Bob’s favorite country was Switzerland … staying in a mountain chalet in Grindelwald, riding the Glacier Express Train through the Alps to quaint villages & high-up mountain towns, and meeting so many friendly people. During two Sweden trips, relatives of Donna’s were met and in Norway relatives of Elden’s (Bob’s son-in-law). Such wonderful times & memories filled his life!

Some of Robert’s most beloved qualities were his sense of humor, dedication to his family and love of adventure. He was also a very stoic person. The last couple weeks of his life when he was very sick, visitors would ask, “How are you doing today Bob?” he’d answer, “pretty good!”

Bob was always loving to everyone, especially his family, grandchildren, nieces & nephews and oh yes … he could never resist saying hi to a little child with a twinkle in his eye.

The Family would like to give a heart-felt Thank- You to the staff that cared for Bob in his last days at Lakeshore Ecumen. Every one of you showed such care & compassion to Bob & his family!  A Thank-You also to the staff at Edgewood Vista in Hermantown who for several years helped care for both Bob & Donna. Without your steadfast help & compassion our family would have experienced even harder times. Your smiling faces brought many smiles to their faces!

To send flowers to the family in memory of Robert Spehar, please visit our flower store.