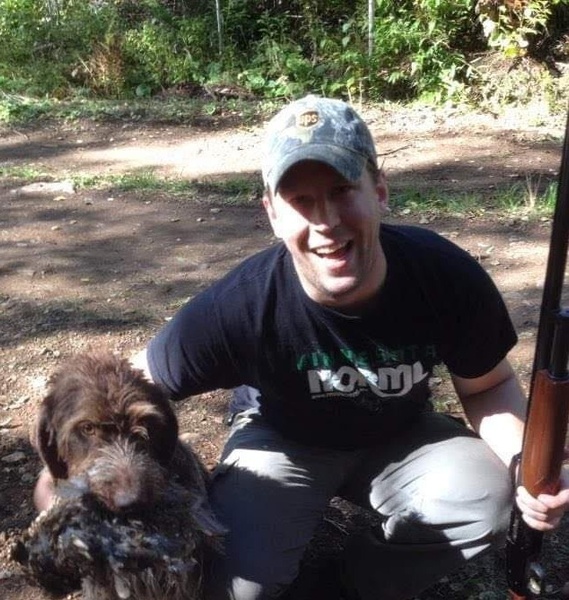 Robert “Rob” Stephen Paszko
Age 37, died at his home of health complications on March 29th, 2022. Rob was born on July 24th, 1984, in Denver, CO, to parents, Steve Paszko and Elizabeth Jenson Paszko. The family moved to Duluth, MN, in 1987, where Rob attended Washburn Elementary School and Woodland Middle School, prior to graduating from East High School in 2003. After high school Rob worked for Sinnott Blacktop, AA Roll-off, and Core Landscaping in various positions. He later attended Lake Superior College earning a degree in Architectural Technology in 2011. Following graduation he went to work for Manion Truss and Components in Superior where he was employed at the time of his death.
Rob enjoyed many hobbies during his life. He loved being outside and played hockey and broomball as a child and as an adult. The colder the temperature, the happier he was. He spent many nights with his dad, Steve, going to UMD hockey games, and watching the Minnesota Wild and Colorado Avalanche on TV. He enjoyed golfing but often stopped keeping score after the fifth hole if the game just was not going the way he wanted. He spent time in the outdoors fishing, bird hunting, and camping. He loved music and taught himself to play the guitar. He was especially fond of the Blues and Listening to Led Zeppelin. He enjoyed architectural things and spent a lot of his free time building miniature architectural models. He had a cat, Lynxy, whom he loved dearly and always made sure she was comfortable and happy.
Rob will be remembered for his unique and witty sense of humor. He had a comment for everything, and you always knew you would have a good time when you were with him. He was smart, humble, caring, generous, and kind and was always willing to offer a helping hand.
He was preceded in death by his grandparents. He is survived by his parents, Steve Paszko and Elizabeth Jenson Paszko; sister, Kristina Paszko; uncle and aunt, Milo “Pete” Peterson and Mary Jenson; several extended family members and friends; and his loving cat, Lynxy. A Celebration of Rob’s life will be held Sunday, July 10th, from 4pm to 7pm at VIP in Superior.
To send flowers to the family in memory of Robert "Rob" Stephen Paszko, please visit our flower store.