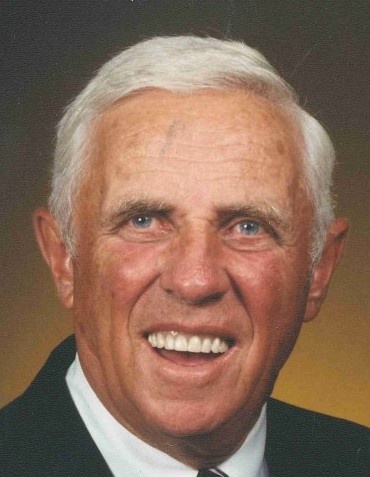 Robert A. Johnson (Bob), 84, of Duluth passed away peacefully at home on Wednesday, June 26, 2019, after a long illness with Pulmonary Fibrosis. He and his twin brother, Richard were born on January 6, 1935, to Alfred and Mabel.

Bob grew up in Duluth and graduated from Duluth Central High School in 1953.

Due to the death of their father at an early age, the twin's were part of the Fatherless Boys Association now called Mentor Duluth. For 25 years Bob served as sponsor for other Fatherless Boys in the Mentor program. That's the kind of man he was, he gave back to others.

He retired after 35 years with the City of Duluth as Director of the Parks and Recreation Department.

A life-long sportsman, Bob excelled in softball, golf, bowling, hockey and biking. In 1989 Bob was inducted into the Minnesota Softball Hall of Fame.

In his lifetime he had several side careers. Head Usher at first Lutheran Church where he was known as the Candyman to the children and the  Golf Cart Chauffeur for the summer outdoor services. He delivered Meals on Wheels for 28 years. He served his church community with humility and faithfulness . He also enjoyed painting and painted houses throughout the city with his dog as his sidekick.

Bob's life was reflected in the many things he gave to others and his selflessness with people who needed help.

He is preceded in death by his parents and brother-in-law Gene Huffman.

The family would like to thank Dr Jones, Dr Zimmerman and Essentia Hospice.

In lieu of flowers memorials can be directed to Mentor Duluth, and First Lutheran Church.

To send flowers to the family in memory of Robert Johnson (Bob), please visit our flower store.