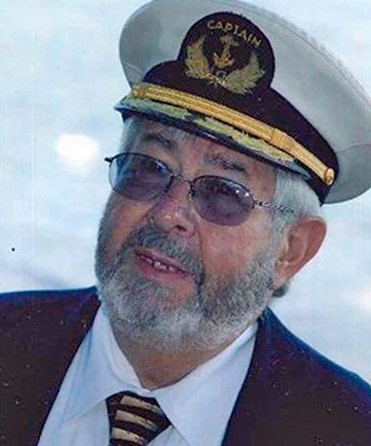 Richard Robert "Dick" Langlee, 73, of Duluth, died Thursday, April 11, 2019 in his home. Dick was born on January 23, 1946 in Duluth to Albert and Helen (Zadroski) Langlee. After graduating from Denfeld High School, Dick worked one summer at Rockwood Lodge on the Gunflint Trail as a waiter and dock side tender. Dick started his employment shoreside with the Duluth Superior Excursions the summer of 1965. He became a captain in 1973, and then manager of the entire operation in 1985, retiring in 2008. Through his many years of service with the Vista Fleet, he became known as "Captain Dick". Dick was involved with a number of other organizations including River Quest, where he served as Treasurer for many years. During his 15 years of service on the Board of the Lake Superior Zoological Society, he held a number of positions including President, Immediate Past President, Secretary and Treasurer. He was also very active with Duluth and Superior Tourism. He married Paula Lyons in Duluth on April 26, 1997. He was preceded in death by his parents; his mother-in-law, Gloria Lyons and a brother-in-law, Jason Lyons. Dick is survived by his wife, Paula; children, Michelle Lynn Scharnott, Patrick (Angela M. ) Langlee, Jessica (Dylan) Carter and Angela R. Langlee; a brother, Donald (Diane) Langlee; grandchildren, Aiden, Teagan, Rylie, Morghan and Lexi; two nephews. Visitation 10 until the 11 a.m. Memorial Service Wednesday April 24, 2019 at Dougherty Funeral Home. Memorials to the Muscular Dystrophy Association, Gales of November c/o Marine Museum or Lake Superior Zoological Society would be appreciated. Arrangements by Dougherty Funeral Home. 600 East 2nd Street.

To send flowers to the family in memory of Richard Robert "Dick" Langlee, please visit our flower store.