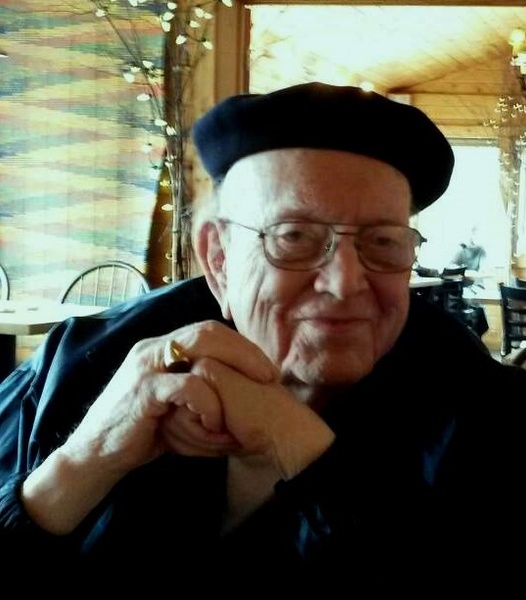 Richard Frank “Dick” Whiteman died peacefully on December 16, 2018 at the Benedictine Living Community in Duluth. Dick was born March 24, 1925 in Mankato, Minnesota to Lester and Grace (Dawald) Whiteman. He attended Austin High School, enlisted in the U.S. Navy and joined the Navy’s V-12 College Training Program at the age of 17. Dick studied architecture at the University of Minnesota and then served as a commissioned officer on a minesweeper through the end of World War II. He returned to school after the war and obtained his master’s degree in architecture from Harvard University, where he studied under Walter Gropius.

Dick married Jean Waite in 1947 and began his architectural career in the Twin Cities, working for the Ellerbe firm and then for the firm of Thorshov and Cerny. He and Jean moved to Hibbing in 1953, where they raised nine children. Dick was a partner in the Hibbing firm of Jyring and Whiteman, and later became president of Aguar, Jyring, Whiteman and Moser, Inc. In 1972, the Whitemans moved to Duluth, where Dick was president of Architects IV until 1983 after which he established a private practice. He finished his career  as Senior Architect at the University of Minnesota, Duluth.

Dick left an architectural legacy that includes the Tweed Museum of Art and Griggs Hall on the UMD campus, St. Ann’s Residence in Duluth, the renovation of the ISD 709 Central Administration Building, buildings on the campus of Bemidji State University, and many schools and churches across northern Minnesota.

Dick enjoyed summers at the family cabin on Swan Lake, fishing in the Boundary Waters Canoe Area Wilderness, and had a lifelong love of travel, which he pursued as long as his health allowed, taking trips to destinations around the world with family, and friends, often as part of the Duluth Sister Cities Program.

Dick was an active community member throughout his life and took on leadership roles in many organizations including the Minnesota Society of Architects, Duluth Housing & Redevelopment Authority, Glensheen Advisory Committee, Minnesota Designer Selection Board, the Kiwanis Club of Friendly Duluth, Service Corps of Retired Executives, and the University for Seniors program at UMD, where he was a founding member.

The family wishes to thank the staff of the Benedictine Living Community and the Essentia Health St. Mary’s Hospice Duluth team for their care and support.

Visitation will be January 14 from 5 – 7 p.m. at the Dougherty Funeral Home in Duluth. A funeral mass will be held January 15 at 11 a.m. at the Cathedral of Our Lady of the Rosary in Duluth. In lieu of flowers, memorials may be sent to University for Seniors or the Benedictine Living Community of Duluth Foundation.

To send flowers to the family in memory of Richard Whiteman, please visit our flower store.