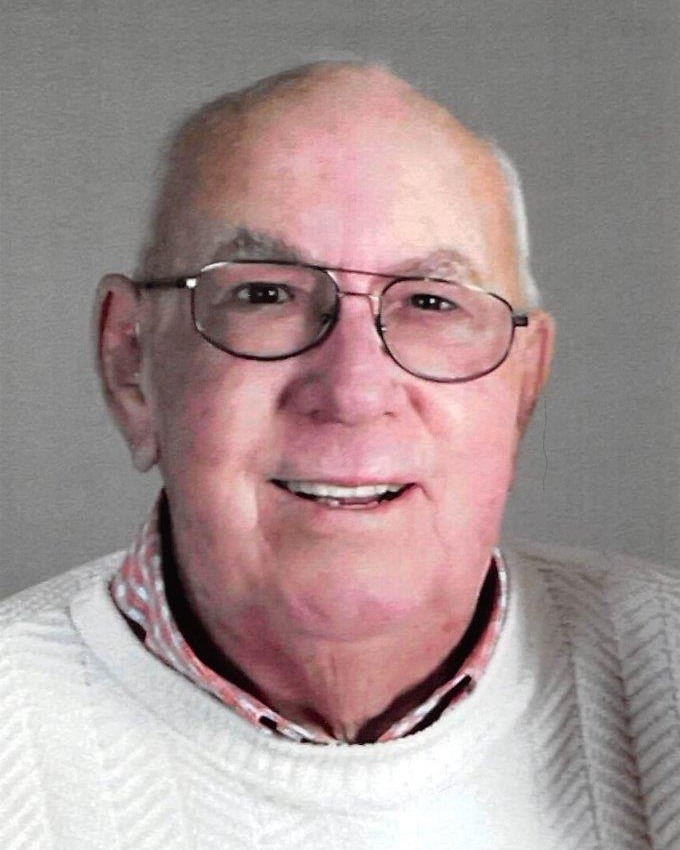 Richard Bates, 91 of Duluth, passed peacefully Christmas Eve at Essentia Health-St Mary's Medical Center in Duluth. Born in Fall River, MA, he attended Prevost High School in Fall River and then Providence College in Rhode Island. From there, Rick, as family and friends knew him, joined the US Air Force, and served at the Royal Air Force Base at Fakenham, Norfolk, England, where he serviced, maintained, and repaired aerial surveillance equipment and developed an interest in photography. That interest led him to photography school in Los Angeles, CA. While attending school, he started a job with Bell Telephone that ultimately led to a career that lasted over 35 years. He married his first wife, Carol Jean Keller, originally from Duluth, in 1959 and moved to the San Fernando Valley north of Los Angeles.

He lived there until after her death in May of 1991. ln that time, they raised five children and became active members of Our Lady of Lourdes parish and the community. Rick was a Eucharistic Minister and a Lector among other rolls for the Church. He was active in the off-road vehicle community as well, holding various top level elected positions in organizations at both the local and state levels. ln October of 1992 he married Mary Jane Keller of Duluth and added four stepchildren to his family. His love for exploring carried he and his family members at the time across the United States numerous times in the family's recreational vehicle visiting family, friends, historical landmarks, national parks, and recreational areas.

Logging over 400,000 miles, he wore out a truck and camper, two motorhomes and was on his way to doing the same to a third when his exploring days ended. He also enjoyed hunting, fishing and had a lifelong love of golf that marked many of his stops while traveling. He was an active genealogist, researching not only his own family but working with others to help find their ancestral roots. He was preceded in death by his first wife, Carol. He is survived by his second wife, Mary Jane; children with Carol, Steven (Pam) of Redding, Gerry (Elizabeth) of Woodland Hills, Theresa of Sacramento, Michael (Christine) of San Diego, and David (Chris) of San Diego; stepchildren with Mary Jane, John (Heidi) of Coon Rapids, Thomas (Jodi) of Duluth, Bill (Kerri) of Dayton, and Amy (John) Archer of Duluth. He also has 20 grandchildren and three great grandchildren.

To send flowers to the family in memory of Richard Gerald Bates, please visit our flower store.