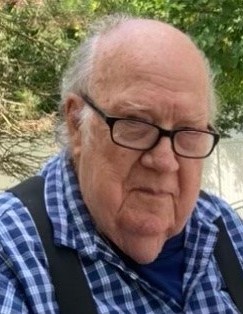 Richard Allen Johnson passed away in his home on November 7, 2021. He was born on February 18, 1934, in Duluth, Minnesota to Harold and Ellen (neé Helmer) Johnson. After graduating from Duluth Central High School in 1953, he worked in the construction industry before moving to Elgin, Illinois where he was to spend the rest of his life. For over thirty years Richard worked for Senior Flexonics in Bartlett, Illinois as a machinist. Lovingly known as “Gramps,” he loved sitting and talking with his children, grandchildren, great-grandchildren, and extended family. He also loved spending time with pets and tinkering around his home.

To send flowers to the family in memory of Richard Johnson, please visit our flower store.