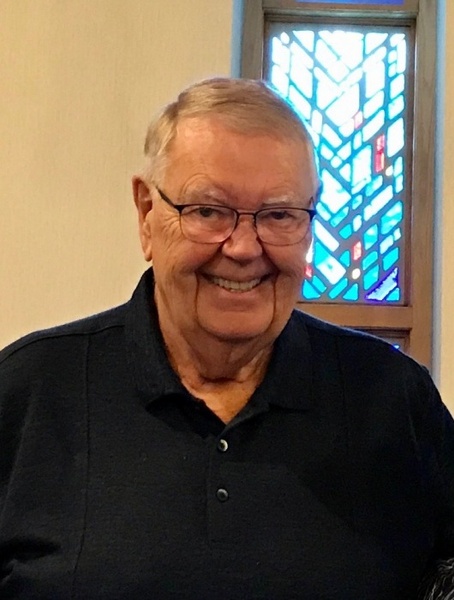 Raymond “Curt” Curtis Flaa MD, 85 of Duluth died on Wednesday, July 28th at Essentia St. Mary’s Medical Center surrounded by the love of his family. Curt was born and raised in Wahpeton, ND to Melford and Clara Flaa on April 5th, 1936.

Curt attended Wahpeton High School where he excelled in academics, sang in the choir, and played the clarinet in the band. He was also a three sport athlete participating in baseball, football, and was the starting forward for the basketball team which won the North Dakota State Championship his senior year. Most importantly, it was during his time at Wahpeton High that he started dating the love of his life, Mary.

After his high school graduation, Curt enrolled at North Dakota State School of Science, eventually transferring to North Dakota State University (NDSU) where he earned a degree in Chemistry. Upon graduation from NDSU Curt was accepted into medical school at the University of North Dakota (UND). After a short time attending medical school, he had a change of heart.  He decided to turn his attention to earning his masters degree in biochemistry. He completed his degree in August of 1960 from UND. With his masters degree in the rear view mirror, Curt threw himself into medical research.  He received a grant from the National Institute of Health to study cell structure. After completion of his research, Curt found his way back to medical school. He returned to his medical studies at the University of Wisconsin-Madison (UW-M) Medical School, graduating in 1963. Curt then decided on Duluth for the completion of his internship and residency in Pathology at Saint Mary’s Hospital. Upon completion of his medical training, he accepted a teaching position at the UND medical school where he taught for two years. Eventually, he felt an urge to move from academia and decided to accept a position as a Pathologist at Saint Mary’s Hospital in Duluth. Curt was loved by his Saint Mary’s colleagues who enjoyed and looked forward to his many stories at morning coffee. In 1999, after 26 years as a Pathologist and eventually Chief of Staff, he retired from Saint Mary’s.

Curt was married to his high school sweetheart, Mary Sheridan, on August 3rd, 1957. Mary worked as an RN while Curt continued his academic pursuits.  Eventually they would expand their family by five to include four daughters and a son. Besides his wife Mary, there was nothing more important to Curt than his children and grandchildren. Of the many accomplishments of his life he considered his family the greatest of all. Curt could be found at every recital, event, or game that his kids were involved in. His constant enthusiasm and support for his children and their interests was unwavering. His love and selflessness was never in doubt. He would often say to family, “I love you big time!” That feeling only begins to describe the love his family and friends have for him. Treasured times included countless days at the family cabin in Solon Springs, family vacations, and holidays.  He could roll a perfect lefse and celebrated that tradition with his kids and grandkids each Christmas.  Curt was always the life of the party. His sense of humor and distinctive laugh were infectious. He had a way of making people feel special that was rooted in authentic interest and caring.

Curt held a deep Christian faith and was a member of the Cathedral of Our Lady of the Rosary and St. Joseph Catholic Church.  He sang in the church choir, enjoyed social events and fundraisers and created wonderful friendships with many in the church community.  He was a member of the Serra Club of Duluth and valued the work of supporting seminarians. He was very involved with the Blueline Club and was once recognized as “Bulldog Hockey Fan of the Year”.  For years, he sat behind the Bulldog bench ringing his cowbell and supporting UMD hockey.  He was an avid Vikings fan and even though they often disappointed him, he never stopped believing in them.

Visitation will be Thursday, Aug. 12th from 5-7 pm at the Dougherty Funeral Home.  Visitation will continue Friday August 13 from 10am to the 11am Mass of Christian Burial at the Cathedral of Our Lady of the Rosary, 2801 E 4thSt. Duluth, MN.  Burial at Calvary Cemetery.  Memorials are preferred and may be directed to Heltne Endowment of Patients to Heart Failure C/O Essentia St. Mary’s, 501 E 3rdSt. Duluth, MN  55805, or True Friends, (True Friends serve people with disabilities by providing camping, travel, riding and respite experiences to thousands annually), 10509 108th St. NW, Annandale, MN  55302.  Arrangements by Dougherty Funeral Home, 600 E 2nd St. Duluth, MN, (218) 727-3555

To send flowers to the family in memory of Raymond "Curt" Flaa, please visit our flower store.