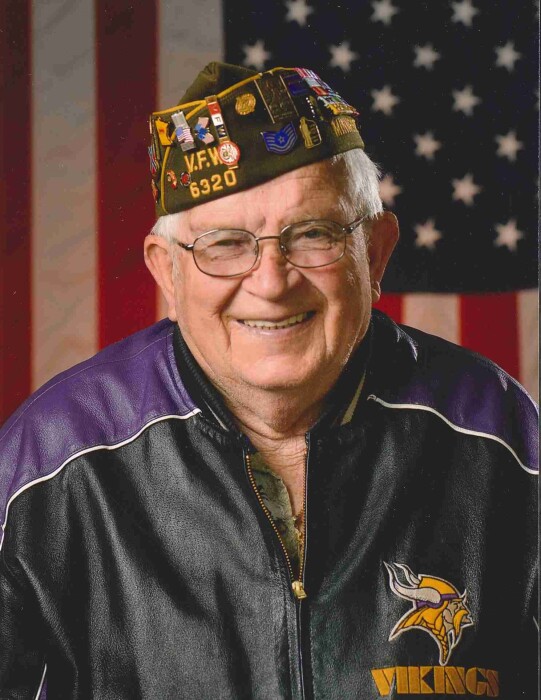 Raymond Earl “Ray” Ulvi, 90, of Gary New Duluth, passed away on Sunday, January 10, 2021, in his home surrounded by his family. He was born in Crosby, MN on October 3, 1930 to Henry and Hilma Ulvi. Ray attended Morgan Park High School where he excelled in basketball, football, and track.  He graduated from MPHS in 1950.  He served in the US Air Force during the Korean conflict and then spent 17 years with the 148th A.N.G...  Ray worked for US Steel for 20 years, then landed a job at the “historic Shack” in Gary-New Duluth where he worked and coached.  Once you met Ray you had a friend forever.  He retired as a mechanic for the City of Duluth. He was an active member of St. George Serbian Orthodox Church, serving as president of the Men’s Club.  Ray was also past commander of VFW Post #6320.

Ray was preceded in death by his parents, his older brother Brynolf Henry Ulvi, his younger sister Arlene Podgorsek and his four-legged best friend, Schmoo.

Visitation will be held on Wednesday January 13, 2021 from 10Am until the 11AM Funeral Service in St. George Serbian Orthodox Church.  1216 104th Ave. West, Duluth, MN 55808.  Burial will be in Oneota Cemetery.  Military Honors will be Accorded by the Duluth Honor Guard.  Arrangements by Dougherty Funeral Home.  600 E. 2nd St. Duluth, MN 55805.  218-727-3555.  In lieu of flowers memorials are preferred to the donor’s choice in Ray’s name.  With the Covid restrictions only close friends and family will attend the service in person, Ray’s service will start live streaming at 10:55am on Wednesday at https://www.facebook.com/dfhduluth.

To send flowers to the family in memory of Raymond Ulvi, please visit our flower store.