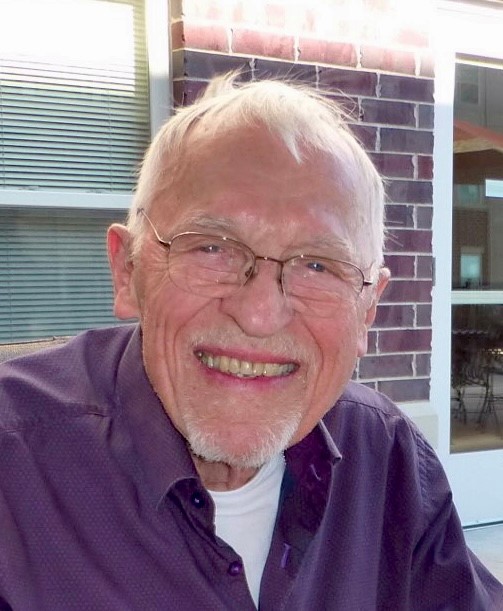 Ray was born to Roman and Ida Muskat at home in Waunakee, Wisconsin on February 7, 1927.  During the Depression he left home at a young age to work in support of his family, eventually returning to school to graduate from LeRoy High School in 1946.  He proudly served in the United States Navy for two years just as World War II was coming to an end.  The GI Bill allowed him to attend college, and he graduated in 1951 with a B.A. in Social Studies from St. John’s University, Collegeville, MN.  In 1964 he completed a master’s degree in Curriculum and Instruction from UMD and earned a specialist certificate in Educational Administration.   His first teaching jobs were in Fryburg, ND and Sandstone, MN, followed by 31 years of teaching social studies, English, and driver’s education for the Duluth Public Schools.

After his retirement in 1985, he continued to teach driver’s education part-time and volunteered for 30 years at Ecumen Lakeshore, bringing communion to the residents.  Ray was an active member of St. Michael’s Church in Lakeside, serving on the parish council, education commission, and social concerns committee, and as a lector and communion minister.  He enjoyed politics, faithfully attending DFL caucuses in his younger years, and had a deep concern and generosity toward the needy of this world.

Ray married Beverly Mariana, on August 27, 1955, and together they raised six children.  Especially in their retirement, they were avid and inquisitive travelers, visiting Norway numerous times, along with other places in Europe, Hawaii, Australia, the Holy Land, and many parts of the United States.  After selling the House on Glendale Street, Ray and Bev made their home at Ecumen Lakeshore, where Ray remained the rest of his life.

We kids remember Dad as a very patient, hard-working man.  We remember the late nights he kept—correcting papers for his students, dancing babies to sleep in the kitchen, flooding the Lester Park hockey rink.  We remember his early morning ventures up to the roof to remove snow, hours of backyard baseball practice, and the carefully kept photo albums and home movies of our family adventures.  Our dad was a man of impeccable integrity, with a ready smile, strong and humble faith, and deep gratitude that he expressed for every kindness done to him.

We offer our deep gratitude to the staff of Ecumen Lakeshore, especially The Shores and Hospice, for their patient and gracious care of our dad, and for allowing him to spend his final days at home.

To order memorial trees or send flowers to the family in memory of Raymond Muskat, please visit our flower store.