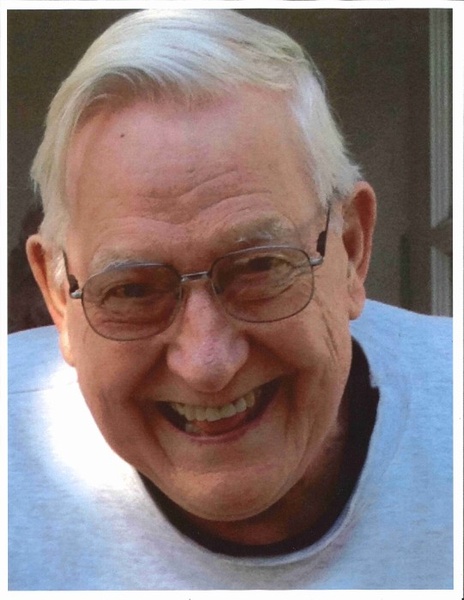 Raymond Valentine Maciejeski, 92, of Duluth, passed away peacefully with his wife by his side early Wednesday morning, November 28, 2018. A Duluthian all his life, he was born February 20th, 1926, to William and Sophie.

At the outbreak of World War II, at 16 years old, he lied about his age in order to enlist in the Navy to serve his country. He was assigned to the aircraft carrier USS St. Lo, which was later sunk by a kamikaze attack during the retaking of the Philippine Islands. He treaded water for 16 hours after the ship went down, surviving the burning oil slick on top of the water, and the sharks under the surface, until he was rescued. While on leave, he met and fell instantly in love with Millie, his lovely future wife. After returning from the war, he joined his father as a carpenter. He was the cabinetmaker at Heimbach Lumber Company, and later joined Grumdahl’s Rusco

He was preceded in death by his parents; stepmom Victoria; son Chris; and siblings Frances, Martha, Edward, and Mary Ann.

Ray is survived by his loving wife of 70 years, Mildred; son, Dan (Colette); daughter-in-law Kathleen; brother Joe (Lucky); numerous grandchildren and great-grandchildren; and many others, both family and friends; including his favorite pet moth, Molly, who has a talent for showing up when least expected. At the celebration of life, please refrain from swatting at any flying things to avoid a double loss for the family. (Ray, the eternal joker, would have loved to see the look on your face as you read that last part!)

A celebration of life luncheon for family and friends will take place at Perkins, 2502 London Road in Duluth, from noon until 1:30 PM on Thursday, December 6.

To send flowers to the family in memory of Raymond Maciejeski, please visit our flower store.