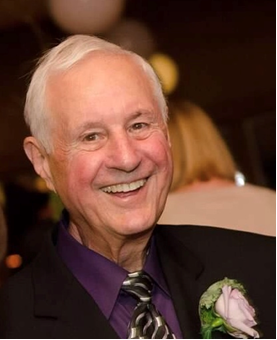 Raymond Robert Chiaverini, 83, of Duluth, passed away on October 20 at BHC following a long courageous battle with Alzheimer’s.

Ray was born in Eveleth to Primo and Zelinda Chiaverini on February 3, 1935. He attended Eveleth High School and graduated in 1953. He went on to earn a Bachelor’s Degree in Education at UMD and was an Industrial Arts Teacher at Duluth Central for 30 years. His students learned how to make nightstands, gun cabinets and canoes.

Ray was a member of the Knights of Columbus, Italian American Club and the Turtle Patrol Snowmobile Club. He loved to spend time at his cabin on Lake of the Woods hunting and fishing with his wife and family.

He was preceded in death by his parents and brother, Albert.

To send flowers to the family in memory of Raymond Chiaverini, please visit our flower store.