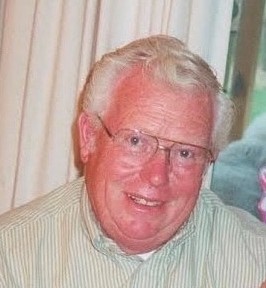 Peter Cummings aka “Perfect Pete” passed away peacefully on April 26, 2022, at the age of 82. He graduated from Denfeld HS and married the love of his life Barb. They built a house together and started Cummings Greenhouse which they ran for 48 years.  He was a proud member of the 148th Fighter Wing for 28 years.  He worked for Minnesota Power for 29 years.  Peter was a member of the Holy Cross Lutheran Church, American Legion Post 71, the Duluth Elks 133, Scottish Rite, Trinity Lodge 272, Trinity Chapter 242, and the International Brotherhood of Electrical Workers 31.   He loved camping in the “Rolling Radisson” (a modified school bus) when his kids were young and traveling across the country with his wife in their motor home as they moved into retirement.  Above all else, he loved his family, especially his grandchildren.  He was preceded in death by his parents, Signe and Peter; his wife, Barbara; and daughter, Julie Myhre.  He is survived by his daughters, Cindy (Larry) Beaulier, Trish (Andre) Beaudry; son-in-law, Tim Myhre; and grandchildren, Emily (Joe), Hannah, Claire, Sydney, Breezy, Audrey, Alexis, Patti-Rose, Peter, Jamie (Matt), and Brian; as well as his brother, Dean (Ann) Cummings; and many nieces and nephews. A private family service was held in his honor.  Interment at Oneota Cemetery. Arrangements by Dougherty Funeral Home 218-727-3555.

To send flowers to the family in memory of Peter Ronald Cummings, please visit our flower store.