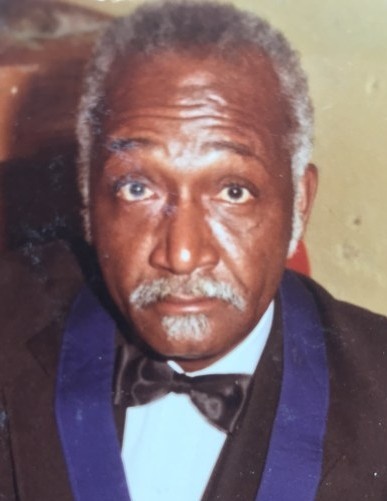 Perry E. Kennedy, 89, of Duluth, died Tuesday, May 7 th at St. Luke’s after a long battle with COPD.  Perry was born May 5, 1930 in Hamtramck, MI to Benjamin and Annie Kennedy.  Perry joined the Air Force in 1947, serving in Korea and retired in 1967, as a Staff Sergeant at the missile base here in Duluth. He then went to work for MnDOT here in Duluth, working in Maintenance, retiring in 1988.  He was a board member of the Clayton, Jackson McGhie Memorial Committee, and a charter member of the African American Men’s Club in Duluth.  Perry was also a 32 nd Degree Mason.

He was preceded in death by his parents, Benjamin and Annie; brothers, Doffy and Ben and the love of his life, Vivian Higgins.

Perry is survived by his children, Larry, Robert, Danny, Denise and Phyllis; stepchildren, Eugene, Raymond and Debbie and many grand and great grandchildren.

To send flowers to the family in memory of Perry Kennedy, please visit our flower store.