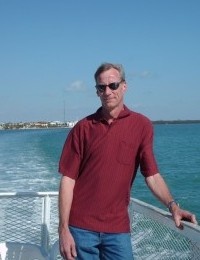 Paul Michael Vukovich, 61, of Duluth, passed away on Monday April 8, 2019 at Bayshore Residence & Rehabilitation Center after a lengthy battle with Huntington’s Disease.  He was born in Duluth on July 3, 1957 to Clarence and Adelia Vukovich.  Paul worked at Arrowhead Printing as a Pressman.  He married Linda Owens on September 1, 2012 in Brookston, MN.  Paul enjoyed time spent with his family, especially with his grandchildren and great-granddaughter.

He was preceded in death by his parents.

To send flowers to the family in memory of Paul Vukovich, please visit our flower store.