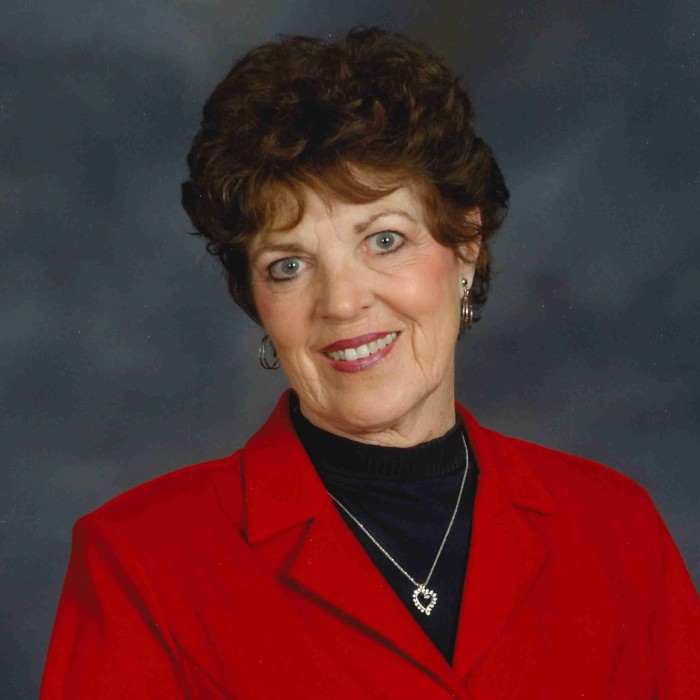 Patricia “Patti” J. Schmitt, of Duluth died Tuesday, March 10 th at Solvay Hospice House, with her family by her side.  Patti was born February 24, 1938 in Duluth to Harold and Adeline (Lubansky) Billie.  She graduated in 1956 from Duluth Central. Later attending Beauty School, obtaining an Associates Degree as well as becoming a Licensed Realtor.  She married Richard Ranua on September 1, 1956 and together they raised 4 children until his death in 1967.  Patti was married to Ronald Schmitt on June 6, 1969 until his death in 2005. Together they raised Patti’s children, worked hard in business and enjoyed country and cabin life.

Patti had various careers, retiring in 2015 after many years as a Realtor at Coldwell Banker East West Realty.  Patti was a member of St. Joseph’s Church in Duluth Heights, its Plus 55 Club, Rice Lake Community Club, Minnesota Utilities Investors and the Aspenwood Condo Association.  She enjoyed learning, gardening, taking bus trips and spending time with her children, grand and great grandchildren.

She was preceded in death by her parents, Harold and Adeline; 1 st husband, Richard Ranua, 2 nd husband, Ronald Schmitt, her son, Joseph Ranua and her brother, Daniel Billie.

To order memorial trees or send flowers to the family in memory of Patricia "Patti" J. Schmitt, please visit our flower store.