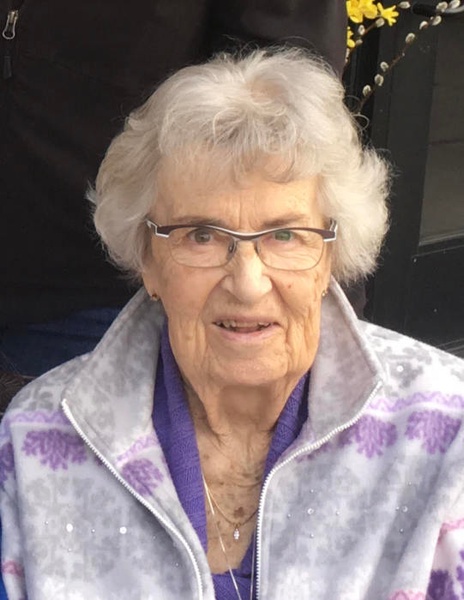 Patricia Everett (Kirby) Gordon, aged 90, passed away in her sleep on Sunday, August 5th, 2018 after her third battle with cancer. Pat was born in Biwabik, Minnesota on September 3rd, 1927 to John and Tressie (Everett) Kirby, Jr. She spent her summers at the cabin enjoying the view of Grand Lake, spotting bald eagles, and listening to the sounds of owls at night. When the weather turned cold, Pat enjoyed her time in Florida, first in the airstream at the Florida Keys, and later at her home in River Ranch. Every spring, Pat and her husband made a trip to the New Orleans Jazz Festival to enjoy a week of music and friends. Pat was an avid cross-stitcher, cook, and Gopher Hockey fan. She is preceded in death by her husband, Larry Gordon, her daughter, Patricia League, and her parents. She is survived by her son Larry (Cindi) Gordon III, her daughters Jeanne (Tim) Dietz, and Elizabeth (Robb) Ramstad, her son-in-law Dan League, and her many grandchildren and great grandchildren. VISITATION:  Saturday, August 11, 2018 from 10 AM until the 11 AM funeral service at Dougherty Funeral Home. Burial will be at Calvary Cemetery. Should you wish to commemorate Pat, donations can be made to the University of Minnesota Masonic Cancer Center.  Arrangements by Dougherty Funeral Home, 600 E. Second St., Duluth, 218-727-3555.

To send flowers to the family in memory of Patricia Gordon, please visit our flower store.