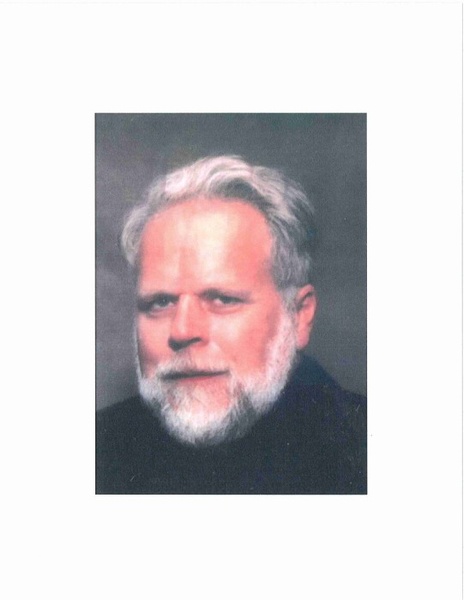 The Reverend Nicholas Thomas Hill, of Duluth, passed away unexpectedly in his home on December 20, 2019, while conversing with his wife and son. He is at peace after battling a three month recovery session following a leg injury. Nick was born September 3, 1938 and was raised in Valley City, North Dakota. He was very active in sports, especially football. He went to college in Fargo, and after graduation, he attended a Seminary in Texas. He was ordained as an Episcopal Priest. He loved "His Calling" and especially enjoyed long discussions with his parishioners and friends. When he was in his formal vestments, children often called him God. On the other hand, with his beautiful white beard, they often called him Santa Claus. Nick's various ministries brought him north from Texas to North Dakota and Minnesota. His favorite calling, to serve the Lord, was his various ministries on Native American reservations. Nick formally retired from Minnesota churches in Cass Lake, Squaw Lake and Onigum. On one occasion, after Nick had retired, a Native American Chief from Onigum asked him to celebrate at his upcoming expected funeral. He said: "You gave me the Christian church and I gave you the reservation, it is appropriate that we serve together one last time". Father Hill, with God's hand, conducted the large, beautiful service. After his retirement, he served at St. Alban's in Superior Wisconsin for a number of years. He enjoyed that ministry, but was forced to refrain from formal ministries due to an illness contracted during the disastrous Duluth flood in 2012. All Nick's grandchildren and great grandchildren are especially mourning the loss of "Grandpa". They say he was very funny and his hugs were genuine. Nick always said, that even though he and Sharyn were husband and wife, they were absolutely best friends and went every place together. He always believed that Christmas was an amazing time in a Christian's life as we celebrate the birth of Christ. It was appropriate for him to pass on at this time. Father Hill often ended his Christmas sermons with thoughts from I Corinthians when he preached: "Death has been swallowed up in victory. Thanks be to God who gave us this Christmas victory through the birth of the baby Lord Jesus Christ, Amen" Amen! Nick was proceeded in death by his parents Samuel N. M. Hill and Jean Zetterberg Hill, his Sister Mary Hill Mountford, his beloved son Evan Hill, and his special friend Jack Eckholm. He is survived by his wife Sharyn Hill; his daughter Kendra (John) Dickerson; his brothers Hibbert (Pat) Hill and Mark (Cindy) Hill; sisters Jean (Michael) Mullen and Peggy (Harry) Pfohl; step childeren: Kevin (Linda) Eckholm, Brian (Jenna) Eckholm, Dan (Traci) Eckholm and daughter Kim (John) Tollison; special daughters; Rhonda Britton, Cindy Tvinnereim, and Linda Snively, all nee Wiitanen. He is also survived by his granddaughter Hannah Dickerson; his step grandchildren: Sancia (Cory) Tondryk; Meagan Montoya; Dan, Michael, Mason, Jacey, and Jack Eckholm; Nicholas (Lara) Torison; Matt and Sam Tollison; special grandson Logan Balduc; great granddaughter's Abbi, Alexi and Lily Tondryk. Due to the weather and the busy Christmas season, the Christian celebration of Father Nick's life will be celebrated sometime in late spring or early summer. The date and location will be posted in the obituary column at that time. Arrangements are being made by the Daugherty Funeral Home, Duluth, 218-727-3555.

To send flowers to the family in memory of Nicholas Hill, please visit our flower store.

Services are to be announced