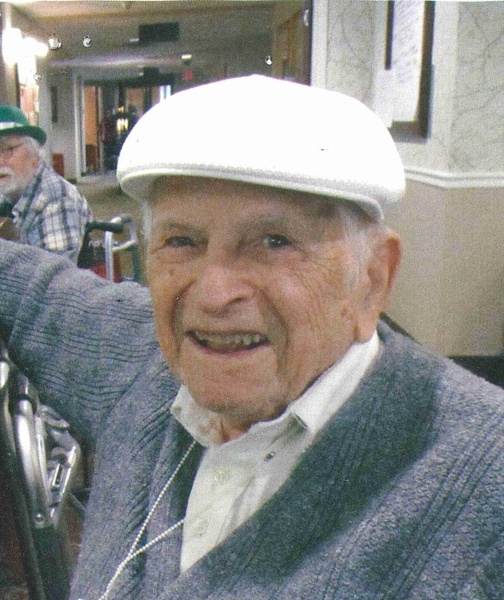 Millard Hartley LaJoy Sr., 106 of Pike Lake, died Friday, May 3, 2019 in his room Marywood Home.  Millard was born February 7, 1913 in Duluth to Frank and Anna LaJoy.  He graduated in 1930 from Duluth Central and went on to the U of M to receive degree in Engineering in 1936 and was number one in his class and also a degree in law.  Millard was a professor of Engineering at the University of Minnesota until 1966.  He moved to International falls and worked for Boise Cascade and in Duluth he owned Cubs Roller Skating Rink.  Millard also worked with the Navy in rocket development.  He married Ferris Linton on August 1, 1936.  Millard was a member of St. Raphael’s Church; many Engineering Society’s; president of the Instrument Society of America; wrote textbook on Industrial automatic controls; member of the afternoon coffee club at the mall and he played the banjo, guitar, mandolin and piano and was a charter member of the Lake Superior Ragtime Society

He was preceded in death by his parents, Frank and Anna; brother Russell; his wife, Ferris and his daughter Merchon Barry.

To send flowers to the family in memory of Millard LaJoy Sr., please visit our flower store.