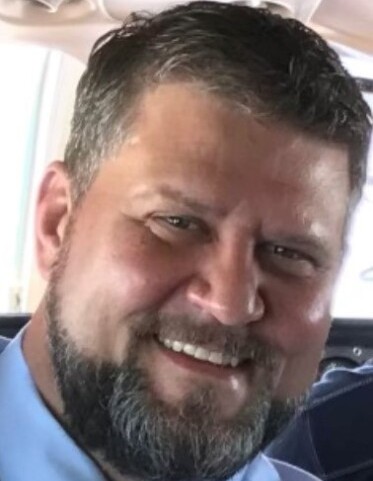 He was born to Larena (Volberg) Olson and Orrin Olson on July 29, 1974 at Tioga, North Dakota.

Mel married Theresa Hartley in January 1998.  Two daughters, Abby Olson and Audrey Olson, were born of this union.  They were later divorced.

Then in April 2008, he was married to Dawn (Holte) Larson which added three more children to the family.  Mel became a single man again when this marriage ended.

Mel was an avid outdoorsman, even at the age of 4, when he was always catching crabs in the English Coulee at Grand Forks, North Dakota.  Minnesota has been his home for most of this life. He especially enjoyed the Boundary Waters. He took his girls to the Hunting Shack where he taught them to shoot, hunt, fish, golf and 4 wheel at a very young age. Mel was outgoing and had a fun loving personality. He enjoyed competition, among his friends, striving to bag the best hunting trophy of the season. Two of his favorite card games were cribbage and Pinochle.

Mel moved to Duluth and began Junior High and continued on to graduate from Duluth Central High in 1992. There he gained lifelong friends.  He was on the football team. Those friends always remember their Jersey numbers! After graduation, he returned to North Dakota to attend the North Dakota State University and graduate with a Bachelor’s Degree in Civil Engineering in May 1997.

Prior to 2012, Mel was employed in various Engineering positions.  One of his first positions was head engineer on the Duluth/North Shore Sewer Project; St. Louis County.

Mel started his career at UPI in 2012 as Vice President of Construction before taking over as President and CEO.  He was instrumental in bringing the Horizontal Directional Drilling Division to UPI.  The culture that Mel led and curated resulted in millions of safe manhours. UPI has received numerous awards and recognition for safety under Mel’s leadership, including APi’s Rob Link Award for Safety and Loss Prevention, a Contractor Safety Excellence Award from the Pipe Line Contractors Association, and a special recognition and 2020 Safety Award from BP.

Mel was a loving son, brother, and father for his Daughters. He was loved deeply by family and friends and he returned that love in full.  Mel always showed up for family occasions no matter how far the drive.  He loved music, especially karaoke. He was a great singer. Many evenings he ended with his guitar, singing his favorite songs.

He was preceded in death by his father, Orrin Olson, brother Monte Olson, stepfather Leon McGinnity and grandparents.

To order memorial trees or send flowers to the family in memory of Mel Olson, please visit our flower store.