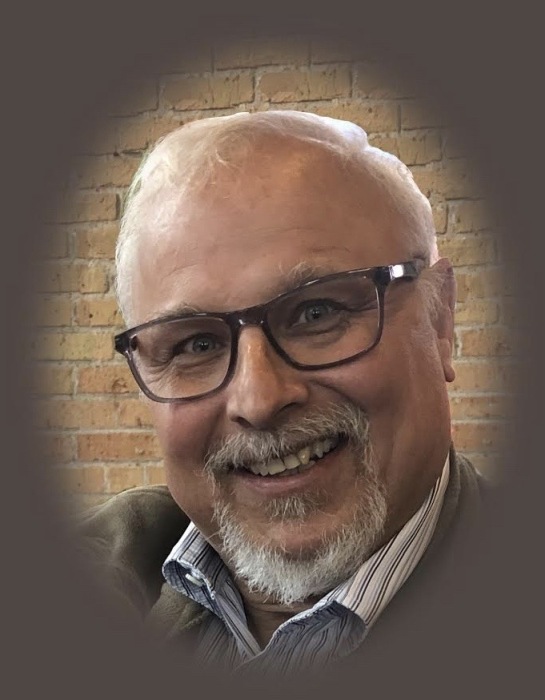 Matthew John Miner, 61, passed away unexpectedly the morning of August 22nd at the place he loved best, his beautiful home on Island Lake, after a lengthy and courageous battle with cancer.

Matt was born on September 24, 1958 in Grand Rapids, MN the third of James and Luciya Miner’s seven children. He grew up in Duluth’s Woodland neighborhood near the family’s Piggly Wiggly grocery store. He attended St. John’s School and later graduated from Cathedral High School. He attended St. John’s, St. James, and St. Joseph’s Catholic Churches. As with his entire family, Matt’s Catholic faith was a cornerstone of his life.

After graduation, Matt began his 44-year career in the family business, learning from his grandfather and father. Matt began as a meat cutter at the Piggly Wiggly and Miller Hill Super One stores. His affinity for exceptionally prepared meats, especially at family gatherings, would continue throughout his life. Matt then went on to join the Miner’s, Inc. corporate team as a member of the Board of Directors and as the Facilities Director. He had oversight of 41 retail locations, wholesale distribution center, transportation department and shopping center locations. He showed great pride in watching his children Patty, Luke and Hunter as they became fourth generation members of Super One Foods, Miner’s Inc.

Matt’s charitable endeavors included volunteering for Second Harvest Northern Lakes Food Bank, where he most recently served on its Board of Directors. He contributed to numerous charities, events and benefits supported by the Miner family throughout the communities they serve.

Throughout his life, Matt chased a passion for the outdoors. An avid hunter and fisherman, his travels took him to 6 continents, from Canada’s Northwest Territory, to Argentina, Russia, Alaska and Africa, where he was able to share his passion with his children, siblings and friends.

Matt’s truest joy was his children and grandchildren. Whether spending deer season out at the hunting cabin with Luke and Hunter, fishing off the dock at Sunshine Lake or watching a building being demolished with grandchildren, Matt cherished these simple moments. He leaned on his family for inspiration and strength during his over four year battle with cancer. His precious grandchildren were there with hugs, smiles, laughter, jokes, handmade artwork and beaded jewelry for their grandpa. Matt’s great smile and sparkling blue eyes were never brighter than when the kids or grandkids were near.

Matt is preceded in death by his infant son David, son Scott, father James A. Miner, Sr., and brother Michael.

He will be sorrowfully missed by his beloved mother, Luciya Miner; daughter Patty Miner-Lokken and her husband Erik; son Luke Miner and his wife Trista; son Hunter Miner and Hunter’s sister Addison Miner, who Matt loved as his own. Granddaughters, Elliot and Emerson Miner; grandsons, Ryan Lokken and Everett Miner. His best friend and loving partner, Robyn Cadigan; his siblings, brother Jim Miner, Jr. and his wife Diane; sister Marie Miner; sister Theresa Lorentz and her husband Ron; brother John Miner and his wife Judy; brother Jerry Miner and his husband Tony, dozens of nieces, nephews, great-nieces and nephews as well as former wife, Laurie Mieloch Miner; and the Cadigan and Mieloch families.

Due to COVID concerns, private family services will be held.

To send flowers to the family in memory of Matthew Miner, please visit our flower store.