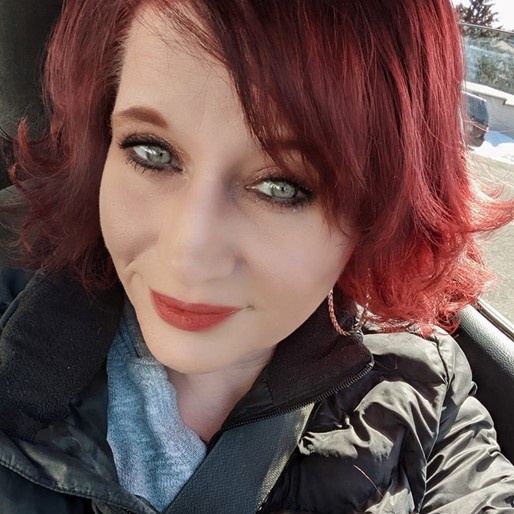 Hand delivered by a local florist

Mary McGregor unexpectedly passed away of natural causes on April 19, 2022 at the age of 42. She was born to Robert T. Day and Frances T. (Cadigan) Day on August 21, 1979 in Superior, Wisconsin. She grew up in Superior and graduated from Superior Senior High School in 1997.

After graduation, Mary attended technical college and also became a mother when she welcomed her son, Austin James Dagger on Halloween of 1998. Over the years, Mary resided in Superior and Duluth, and worked primarily in telecommunications and information technology.

Mary wed Matthew McGregor in June of 2013. She was proud to be escorted down the aisle by her son, who had grown to tower over her (which was not hard to do, since Mary was only 5’3” without her heels). Mary was over the moon to become a mother again, this time to a little girl, Eleanor Margaret McGregor (“Nellie”), in January of 2017.

Mary was a talented writer. She enjoyed spending time with friends, playing games, bonfires, her doggies, and playdates with her daughter. She was also a big fan of the Green Bay Packers, and took several trips to see them in person.

Mary is preceded in death by all of her grandparents as well as many aunts and uncles. Notably, she is also preceded in death by her parents, who both passed away when Mary was very young. Her family takes comfort in thinking of the welcome they gave to her when she entered heaven.

Mary leaves behind her husband, Matthew McGregor of Saginaw, her son, Austin Dagger of Duluth, two sisters, Katie Bates and Linda Coleman, a brother, Dan Bailey, mother and father-in-law Peggy and Steve McGregor, and nieces Frances, Cadigan, McLaine Annora, Andi, Alice and Kylah, with whom she was very close, as well as many friends.  She also leaves her five-year-old daughter, Eleanor. Mary will be missed beyond measure.

Mary will be buried with her parents at Calvary Cemetery in Superior, Wisconsin. A celebration will be held in her honor at Keyport Lounge in Superior, Wisconsin on Wednesday, April 27, 2022 from 11:00 am until 2:00 pm. In honor of Mary’s heritage, this will be an Irish Wake where friends and loved ones are encouraged to come by as they are able to share food, drinks and memories of Mary.

And, because Mary would want her obituary to end this way, Go Pack, Go!

To send flowers to the family in memory of Mary Elizabeth Lorraine (Day) McGregor, please visit our flower store.

In honor of Mary’s heritage, this will be an Irish Wake where friends and loved ones are encouraged to come by as they are able to share food, drinks and memories of Mary.