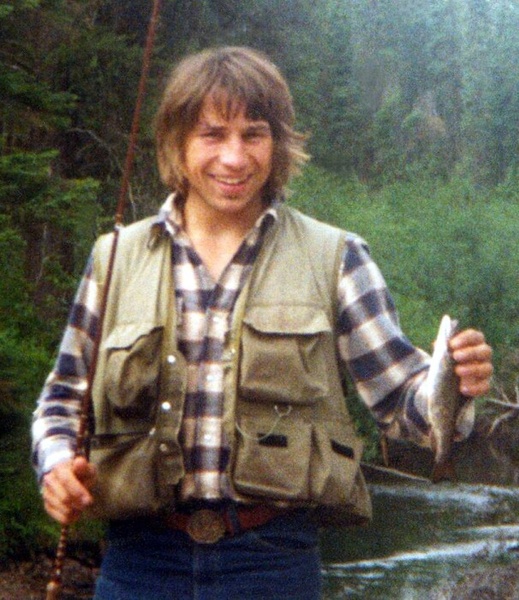 Mark Pavelich, who passed away unexpectedly at the age of 63 on March 4, 2021, was an American hockey hero. He is famously remembered for the pass that set up Mike Eruzione’s game-winning goal against the heavily favored Soviet Union for the 1980 Gold Medal USA hockey team.

But hockey isn’t what defined his life. He was a son, a husband, a brother, a grandfather, and a dad. He never tried to capitalize on his hockey fame. After a successful NHL career, he settled happily into retirement in his beloved northern Minnesota home near Lutsen. He was an accomplished outdoorsman and lover of nature.

His favorite past time was spending time with his wife Kara, daughter Tarja and other family and friends. His friends knew him not for his hockey exploits, but as a down to earth no-frills guy who loved playing practical jokes almost as much as he loved fishing. He would put in long hours on the lake and still find excuses to stay out longer.

His wife Kara was a perfect match. She would work on her art while he fished. He loved his dogs, and he brought them everywhere. His dogs would go fishing, camping or on a family run to the store. Mark also loved cooking, and his food was amazing. Favorite meals included handpicked blueberries from the Gunflint Trail or salmon caught from Lake Superior. To be honest, he usually left behind the biggest possible mess. His culinary work reflected who he was: simple, natural and made with love.

His hockey style also reflected who he was. He started skating on his backyard lake in Eveleth, Mn., and went on to play for the high school team at Eveleth and then for the University of Minnesota-Duluth Bulldogs. He always focused on stick handling, passing and skating, like his childhood idol Bobby Orr. Mark’s style of play was a perfect match for coach Herb Brooks, at first they were opponents, with Brook at the University of Minnesota and Pavelich at UMD. But they joined forces to help their USA team win the Gold Medal in the 1980 Olympics, and later with the NHL New York Rangers. The two always shared a close bond, and sadly they are among only three deceased members of the 1980 team, along with Wisconsin native Bob Suter.

Among our prized possessions are beautiful pictures of Mark playing hockey that we’re sure his grandkids and family will enjoy for years to come. We also take comfort in the many lifelong friends Mark had among his former teammates. We hope he is remembered for his style of hockey, and that it is emulated at all levels. Not a style of fights or big hits, but of stick handling, finesse and passing. Those skills, however, did not insulate Mark from the physical style of hockey, suffering several serious head injuries during his playing career.

He is preceded in death by his wife Kara Pavelich, father Tom Pavelich, brother Michael Pavelich and brother in law Larry Gevick.

Mark was a private man, and the family will be having a private service.  We know how many lives Mark touched and we will have a public celebration of Mark’s life at a future date. We want to transform the sadness of Mark’s passing to a positive, hoping to support those who are struggling. In lieu of flowers, the family asks that donations be made to Concussion Legacy Foundation https://concussionfoundation.org/get-involved/ways-to-give;   The Friends of the 1980 Miracle Hockey Team, LLC https://www.paypal.com/fundraiser/charity/3819484; The Ranch – Teammates for Life, PO Box 16597, Duluth, MN 55816.

To send flowers to the family in memory of Mark Pavelich, please visit our flower store.