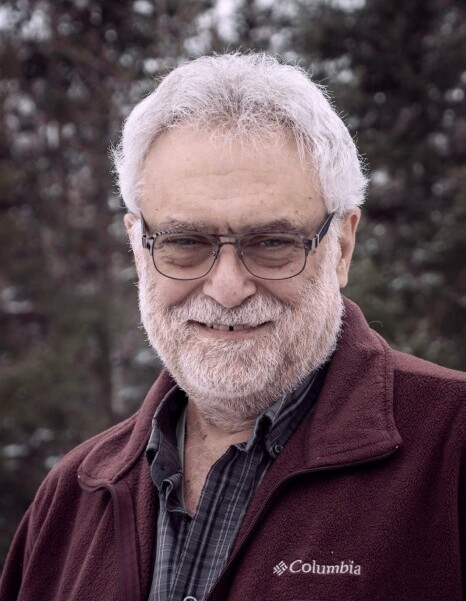 Mark Joseph LaCore died on March 10, 2022 surrounded by his wife and four children. He was  born to Lyle (Pete) and Carol LaCore on February 27th, 1956 in St. Paul, MN. He grew up as the oldest child of six. Big brother to four sisters and one brother.

He attended high school at Kellogg High School where he met Marty Sarne. A man whose influence led him to become captivated for Christ in 1973 and deepened his life-long adventure of falling in love with the Lord. He graduated in 1974, but not before participating in the infamous senior prank of stacking tires on the flagpole. A prank he told the story of to his grandchildren only months prior to his death.

Following high school he moved to Duluth, Minnesota to attend the University of Minnesota Duluth. There he began his life-long passion for photography and the outdoors. He also met and fell in love with Karen (Casey) Crooks through the on-campus ministry, InterVarsity Christian Fellowship. Their first date was a UMD Bulldog Hockey game. A sporting event he cherished throughout his life. They were married in 1978 in Waconia, MN.

In 1980, Mark graduated from UMD with a bachelor's degree in History. Seeking a new adventure after graduation, Mark and Casey moved to Greeley, Colorado. Adding to the thrill of that adventure he became a school bus driver in 1981, a skill that remained with him to the very end. At the same time he pursued a master's degree in History at the University of Northern Colorado.

An even greater delight in Mark’s life was becoming a father. Mark and Casey welcomed their first son, Jonathan, in 1981 followed by their second son, Bryan, in 1983. Timothy arrived in 1985 with the baby girl, Anna, being born in 1987.

All throughout his chapter of life spent in Greeley, Mark remained committed to his faith in the Lord. He was highly involved in their home church, Mountain View Evangelical Free, as a youth leader, elder, and teacher. He also influenced the lives of many youth by welcoming them as part of his own family.

Missing Duluth, Mark and family moved back to his favorite city in 1992. This allowed him to reconnect with his love of the North Shore and Lake Superior. Adding to his connection to school bus transportation, Mark became the Director of Transportation for the School District of Superior in 1994.

In 1995, he moved his family into campers on their newly purchased land just north of Duluth. There he began the adventure of building their family home. A home that would welcome an endless line of youth, friends, and family. A place overflowing with love, laughter, and memories. He remained there up until his death.

Mark influenced the lives of youth in various roles throughout his life. One was as a youth worker at Fredenberg Community Chapel from 1995-1998. There he was able to express his love for the Lord and lead others into becoming captivated for Christ.

In 2003, he began working at Voyageur Bus Company where he daily was able to share his love/hate relationship with computers with his co-workers. He remained there as dispatcher and tech-guru up until his death.

Mark was also a stable volunteer at The Vineyard Church where he was known as the “baby whisperer”. Nearly every weekend for almost ten years you could find him in VineyardKids with a child in his lap. Those children ranged from those screaming because they missed their parents, quietly sniffling, sleeping, or laughing as he rubbed their hands on his scruffy beard.

One of Mark’s all-time favorite roles in life was that of “Papa”. He was honored to be Papa to five insanely wonderful grandchildren Brijette, Adelynn, Henry, Charlie, and Lovisa. Whenever he was around those kids you could find him tickling or cuddling them, telling stories, or teaching them the art of photography. Mark would do everything he could to be able to attend each child’s special events whether it be piano recitals, lacrosse games, soccer games, hockey games, or cross-country meets. Each one of those kids took up a major piece of his heart.

He is preceded in death by his parents. Mark is survived by his wife of 44 years, Casey; children, Jonathan (Kelly), Bryan (Lisa), Timothy, and Anna; grandchildren, Henry, Charlie, Brijette, Adelynn, and Lovisa; Siblings, Linnae, Jacki (Ray), Suzie, Nicki, Christopher (Kelly); many nieces, nephews, family and friends. A Funeral Service will be Saturday, March 19th at Vineyard Church, 1533 W Arrowhead Rd, Duluth, MN 55811. Visitation will start at 10:00 a.m. and the service  at 11:00 a.m.

To send flowers to the family in memory of Mark LaCore, please visit our flower store.