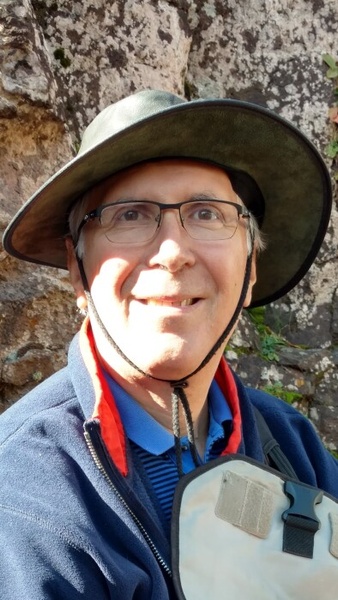 Mark Robert Dagostino, M.D., 61, of Duluth, passed away peacefully at home on Sunday June 28, 2020 after a lengthy battle with thyroid cancer.  Mark was born in Red Bank, NJ on November 12, 1958 to Frank and Victoria Dagostino. He graduated from Cornell University and UMDNJ New Jersey Medical School.  He completed his residency training at the University of Virginia and his cardiology training at the University of Pittsburgh. He worked as an interventional cardiologist for 25 years, most recently at St. Luke’s Hospital from 2003-2015 and abruptly ended when he was diagnosed with Thyroid cancer in 2014.

Mark married the love of his life, Erin Behling, on August 15, 2015.  He enjoyed traveling, photography, hiking (especially the Grand Canyon), reading, and politics. You could often find him talking politics in the doctors’ dining room. When he was at home, he enjoyed Star Trek, Fox News, The Weather Channel, and Jeopardy, and he could answer nearly every question!

. Even after his diagnosis he continued to travel domestically & internationally. He organized the trips to great detail and was often heard to say, “I want to drag Erin around the world!” He did.  Since his diagnosis - 51 countries on twelve international trips, and twenty domestic trips. His quick wit and intellect made him the most interesting man. He was kind, generous, and yet direct. He came to faith in Jesus within hours of his passing. A special thank you to Dr. Kleinschmidt at St. Luke’s & Dr. Morris at Mayo Clinic for their exceptional care. Special friends & colleagues who have always been there & made time for him: Dr. Elmer, Dr. Monte, Dr. Tekler, Dr. Somasundaram, Dr. Meyers, Dr. Avello & Dr. Coffin & many others.

He was preceded in death by his father Frank, his uncle Al Covino and cousin Ed Ruggiero.

To send flowers to the family in memory of Mark Dagostino, please visit our flower store.